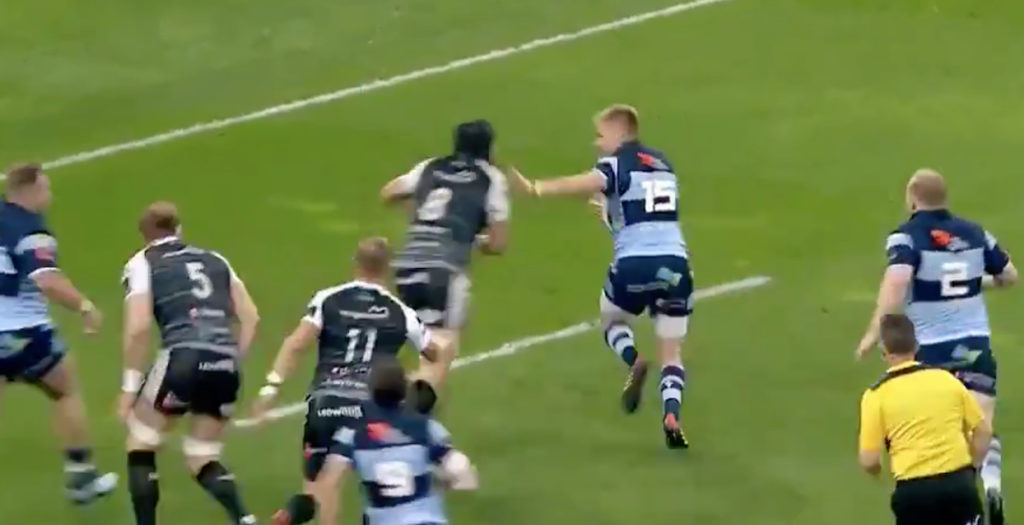 Gareth Anscombe showed off his dancing shoes to complete a beautiful try for Cardiff Blues against the Ospreys on Saturday.

The Blues executed an attacking line out on the half way line which resulted in winger Aled Summerhill making a half break down the left hand side of the pitch.

Summerhill then gave an inside pass to scrum half Lloyd Williams, who ran a deep switch with Anscombe on the 22-metre-line.

The Wales international then used his dazzling footwork to tiptoe around three Ospreys defenders and hand off number eight James King to score the first points of the game after six minutes.

The @cardiff_blues backs jink and dance through the Ospreys defense and that man touches down 🕺#GuinnessPRO14 pic.twitter.com/oNM8TRj5Zn

The Blues went on to lose the game 23-26 at the Principality Stadium, leaving the Ospreys four points ahead of them in Conference A.