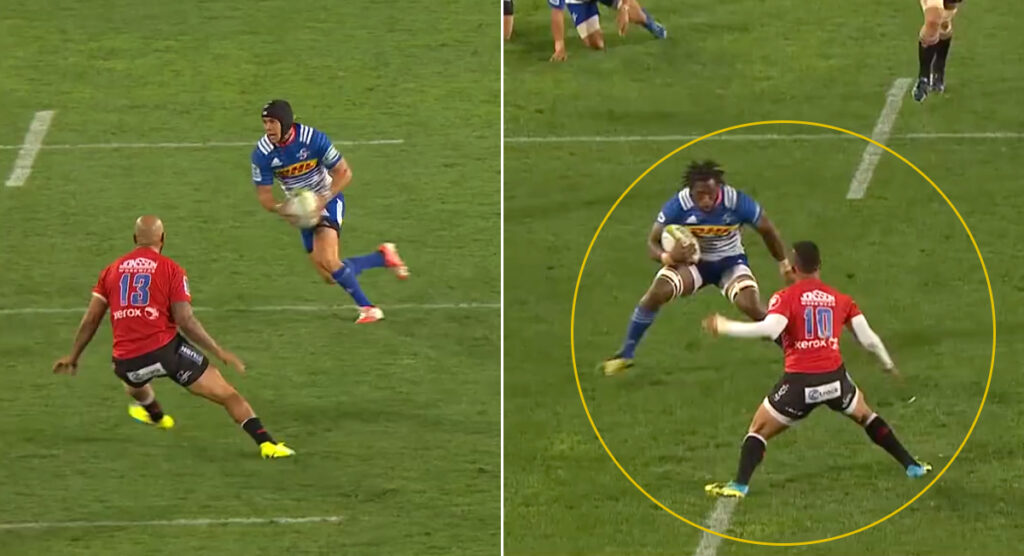 Supersport have released footage of Springbok captain Siya Kolisi showing some hugely impressive footwork to score for the Stormers against the Lions in Super Rugby a few years back.

Kolisi, who famously lifted the Webb Ellis Trophy with the Springboks in Japan last year, made his name in an exciting Stormers team that at one point included the likes of superstar Cheslin Kolbe.

As can be seen in this newly released clip from a Super Rugby match in Johannesburg, Kolbe played a part in the well-worked try, after Kobus van Wyk took a quick lineout around the halfway line.

With the Lions up quickly to defend, including another World Cup winner in Franco Mostert, Kolbe couldn’t work his magic but after a quick cleanout by the Stormers, including Kolisi playing his part, the attack was sparked again.

This time it was Nizaam Carr, who was able to beat the pillar then offload beautifully to Juan de Jongh, who found Nic Groom. He then released Kolisi, and with just number ten Elton Jantjies to beat, the flanker worked his magic, turning Jantjies’ feet to jelly.

“He’s got dancing feet, the big man,” said commentator Bob Skinstad, who himself knew a thing or two about beating a defender one on one.