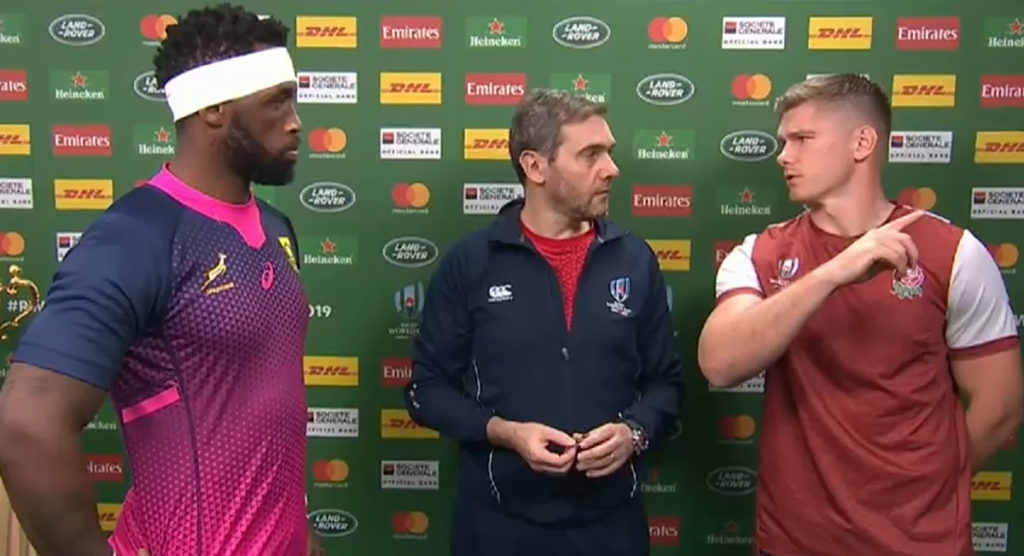 Following the Springboks’ demolition job on England in Saturday’s Rugby World Cup final, a number of questions have been asked to why and how the team that beat New Zealand so convincingly were able to get blown away in the final. Coach Swys de Bruin has offered some insight.

Speaking on Supersport, former Springboks assistant coach Swys de Bruin said that captain Siya Kolisi won the psychological battle early on, offering up this piece of footage to back it up.

South Africa claimed their third ever Rugby World Cup title with the convincing 32-12 win in Tokyo, as Makazole Mapimpi and Cheslin Kolbe added tries after Handre Pollard kept the now three-times World Champions in the lead with the boot.

Before a ball had even been kicked, De Bruin – who has spent a lot of time working with the Bok captain – says that Kolisi got the psychological edge with his body language at the coin toss.

As he says, the things he’s picked up here could be dismissed as rubbish, but performance is very much about the mental edge and as we saw, England weren’t quite at the races as they not only couldn’t compete with South Africa’s power up front but perhaps, for whatever reason, were outplayed psychologically too.

Kolisi gave an emotional interview with Bryan Habana and ITV post match, talking about where he comes from and what it means to him and the country.

If you missed it, you can also catch up on highlights from the match below