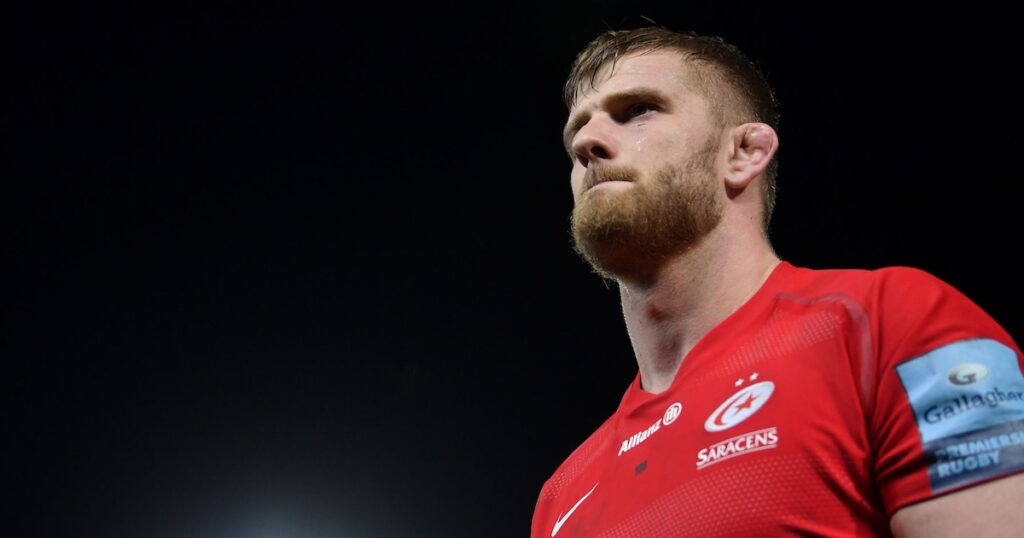 With the New Year well and truly come and gone, the 2020-21 rumour mill has begun to pick up pace, with some interesting developments coming out of the Saracens camp which suggest that George Kruis could be on the move for next season.

The Rugby Pod guys gave their usual insight into the Premiership scene, with Kruis’ whereabouts for next year indicating the England second-row could move to Japan or up the road to Northampton Saints.

If true, it would certainly be a major blow to Saracens’ squad of which Kruis has been a part since his first trial with the club back in 2008.

Central to all this is England Under 20 star Joel Kpoku, who has come up through the ranks at Saracens, but has recently signed for Northampton for next season. It is believed that Sarries will look to keep hold of Kpoku, who has nine appearances for the senior team to his name, perhaps in exchange for Kruis.

Alternatively, Kruis may even end up out of England, effectively ending his international career, if a move to Japan is to be believed as well.

Whatever happens in the end, the rumour mill and silly season is only just beginning.