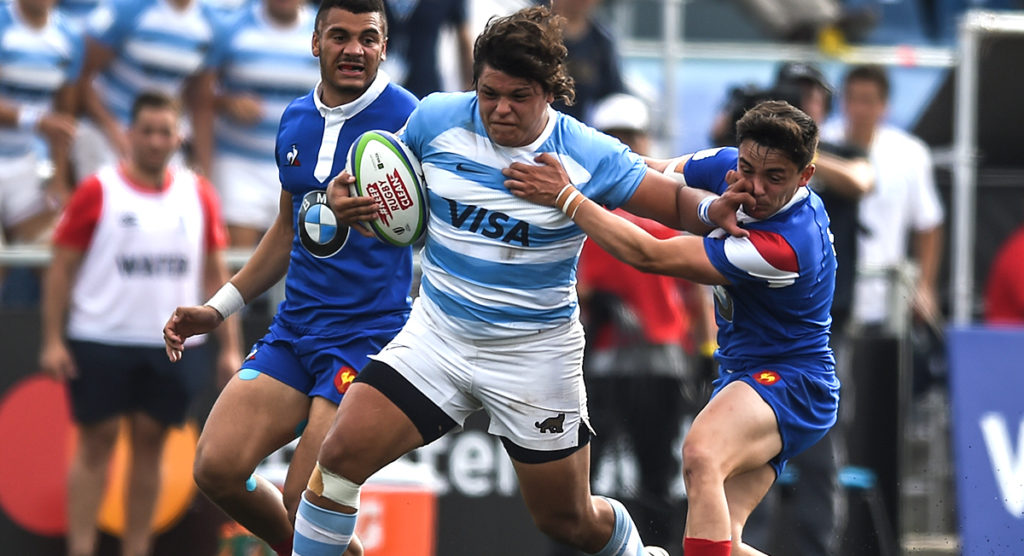 Day three of the World Rugby Under 20 Championship served up some brilliant matches and sensational pieces of skill, and we now know the semi final lineup. One other thing day three showed is that the role of the prop is ever evolving in rugby, perhaps more so than any position on the field.

The days of immovable lumps built for scrummaging are dying, as so much more is expected now. Players like Mako Vunipola have shown what a prop can provide as a distributor and ball carrier, as he has some of the best hands in the world as a forward.

A new name in the next generation of front row superstars may be that of loosehead Tomas Gallo, who ran in from 60 metres after making a sniping break at the ruck.

He had the opposition winger, scrum-half and fullback in hot pursuit, but was able to stave off all three with a combination of pace and power.

A run like this would have been unimaginable for a prop 20 years ago, but this is a sign of how the game is constantly changing and progressing.

There were also two red cards for high tackles in this match, but Argentina went on to win 47-26 and due to South Africa knocking out New Zealand, both teams are through to the semi finals.