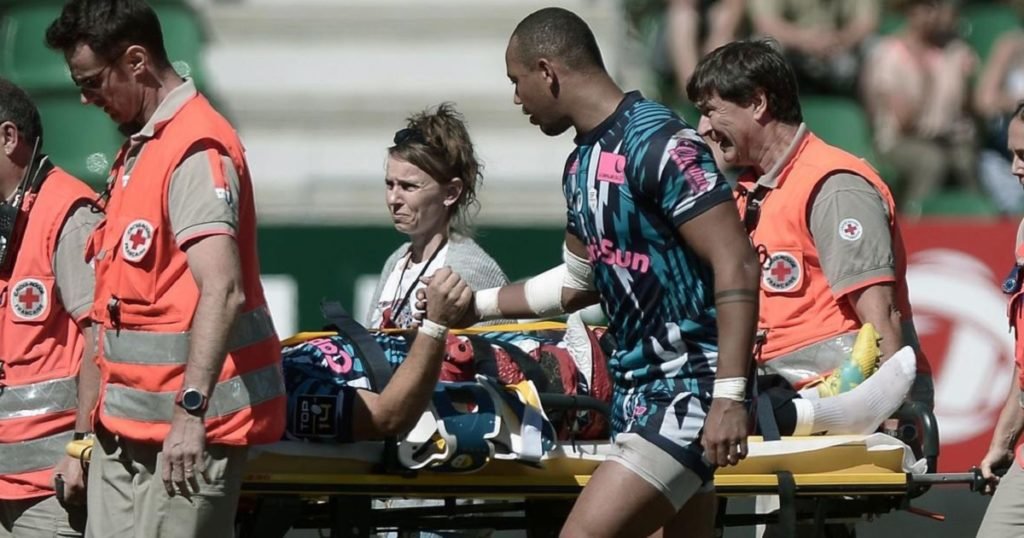 Stade Français recorded their fourth win out of five Top 14 matches last weekend with a 25-13 victory over Pau. However, they suffered a blow in the second half as replacement scrum-half Arthur Coville was stretchered off with a nasty-looking knee injury.

The former French under 20 player was fortunate to escape the worst of a potentially season-ending injury, but was still forced to leave the pitch writhing in agony.

And what made it worse was that he copped a sin-binning for his part in an in-the-air challenge on Pau full-back Charly Malie which caused his injury in the first place.

The pair challenged for the ball, with Coville clearly taking Malie while still in the air. But after Coville landed awkwardly, referee Ludovic Cayre remained true to the letter of the law and brandished the yellow card as Coville was being taken off the field.

Perhaps Cayre could have shown more empathy towards the injured player, particularly as Coville was almost certainly not going to return to action – this proved the case – but the decision taken was nevertheless correct.

It seems, for now at least, that Coville has avoided any serious injury. The scrum-half tweeted that it had been “more fear than harm for the moment”, before thanking fans for their concern.

It was a scene reminiscent of when Scotland prop forward Geoff Cross received a yellow card for a similar offence in 2009. Cross, who had knocked himself out in the incident, came round only to find out he had been binned for 10 minutes.