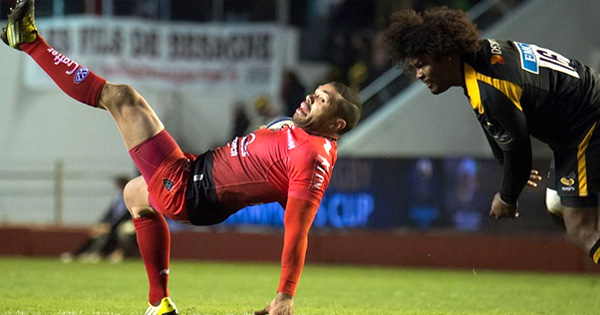 Ashley Johnson made this great hit late in Toulon’s dramatic home victory over Wasps on Sunday evening. Fellow South African Bryan Habana broke from his own tryline but after collecting a cheeky chip and chase, converted hooker Johnson was there to demolish him.

The home Toulon crowd weren’t happy about it, so referee Nigel Owens was urged to take a look with the TMO. As you can see above, it was a perfectly legal handle, and ruled as such.

Great hit by Johnson, and well received by Habana, who popped straight up.