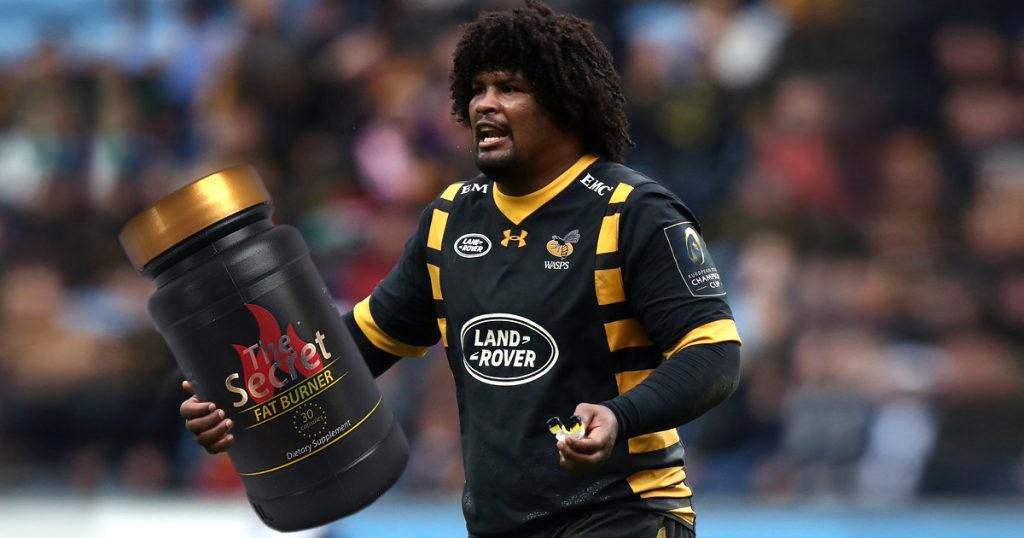 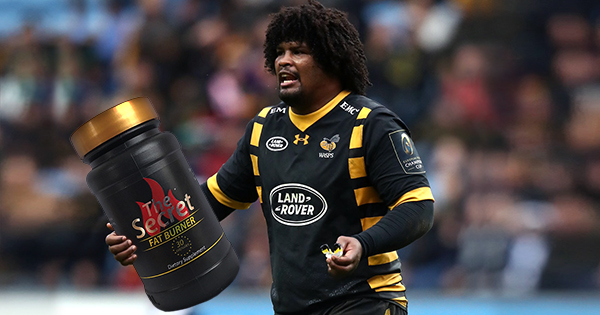 In a rather strange piece of news this week, Wasps forward Ashley Johnson found himself suspended for taking an illegal substance, that was later found out to be included inside his wife’s dietary supplement. In another twist, his ban was backdated, so he is free to play.

Johnson, capped three times by the Springboks, was shocked to find out that he had taken a banned substance, after receiving a six-month ban on Thursday. He said that he mistakenly took his wife’s fat burner ‘the Secret’ rather than his own legitimate supplement ‘Nutrilean.’

However, due to the nature of the offence, the independent panel deemed that he had not acted with intent, therefore the ban has been backdated to February 7, making him eligible to play again from August 6 2018. The Wasps star can resume training immediately.

“Johnson tested positive for the presence of a specified substance, hydrochlorothiazide (S5 Diuretics and Masking Agents), following an out-of-competition test at the Premiership club,” read the panel’s findings.

“The South African’s urine sample returned an Adverse Analytical Finding (AAF) after being tested on 7 February 2018.

“The 32-year-old claimed the AAF was the result of mistakenly consuming his wife’s dietary supplement – a fat burner called “The Secret” – which she purchased from South Africa.

“The product was tested by both the player and the RFU for hydrochlorothiazide, which was not listed in the product’s ingredients, and on both occasions it returned a positive result.

“The independent panel accepted that the prohibited substance was not ingested intentionally.”

Stephen Watkins, the Anti-Doping and Illicit Drugs Programme Manager for the Rugby Football Union (RFU), said Johnson should have been more responsible about finding out what the ingredients were in the product.

“Ashley Johnson was careless in his failure to acknowledge his responsibilities as a rugby player and ensure he was dutiful in checking what he consumed,” he said.

“The risk of contamination in supplements is significant to all players and therefore we advise that there is no guarantee that a supplement is free from prohibited substances.”

Johnson has said that this would make him be far more attentive in the future.

“I was horrified when I got the test results and once we tracked back and worked out I had inadvertently taken the wrong tablet. I completely accept that I am responsible for everything in my body.

“Drug use is not something I would ever condone, and from now on I will be extra vigilant at all times. I would like to thank my family and friends, everyone at Wasps, the RPA and our fans for their support through this difficult period and apologise unreservedly for what has happened.

“I am now working hard in pre-season and am looking forward to putting this behind me and getting back to being part of the Wasps squad.”