Auckland centre gets away with just yellow after nasty dump tackle 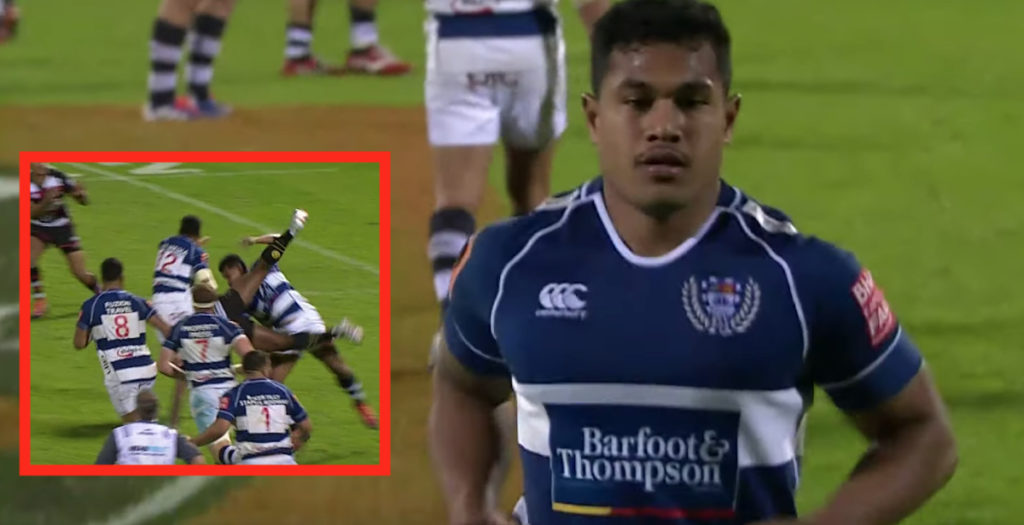 Auckland centre Tumua Manu was lucky just to receive a yellow card for a huge dump tackle against Counties Manukau in the Mitre 10 Cup.

According to the referee, the 26-year-old Samoan picked up the opposition winger after he had made a pass, took him over parallel and then dropped him.

The reason it was only a yellow card is because the referee stated that the player had landed on his side, however the footage doesn’t flatter this opinion.

Manu made four appearances for the Auckland Blues before making a transfer to the Chiefs for this year’s Super Rugby season, where he featured in 16 games throughout the campaign.

Full match highlights of Auckland’s 13-28 win are available below: