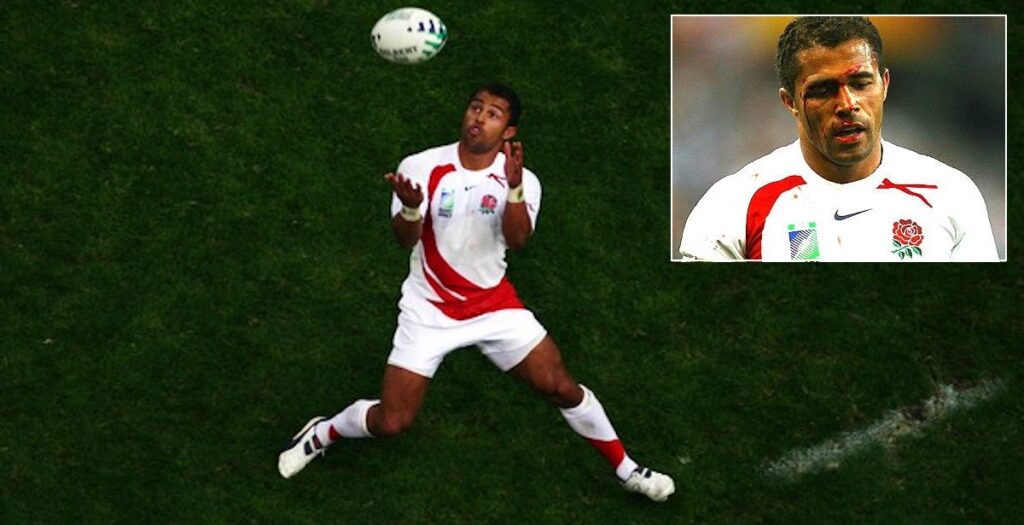 Former England star Jason Robinson is known for his blistering pace and electric footwork which set the world alight throughout his illustrious career.

The wing/full back scored some unbelievable tries including the infamous one in the 2003 World Cup final which helped England lift the trophy in Sydney.

Robinson is still regarded as one of the most successful cross-code players in history having begun his career in rugby league with Wigan before joining Bath in 1996.

His mercurial footwork also set up some of England’s most iconic tries including Will Greenwood’s score in the 2003 World Cup semi-final against Wales.

Robinson, now 45, earned 51 caps for England and made five Test match appearances for the British & Irish Lions across two tours.