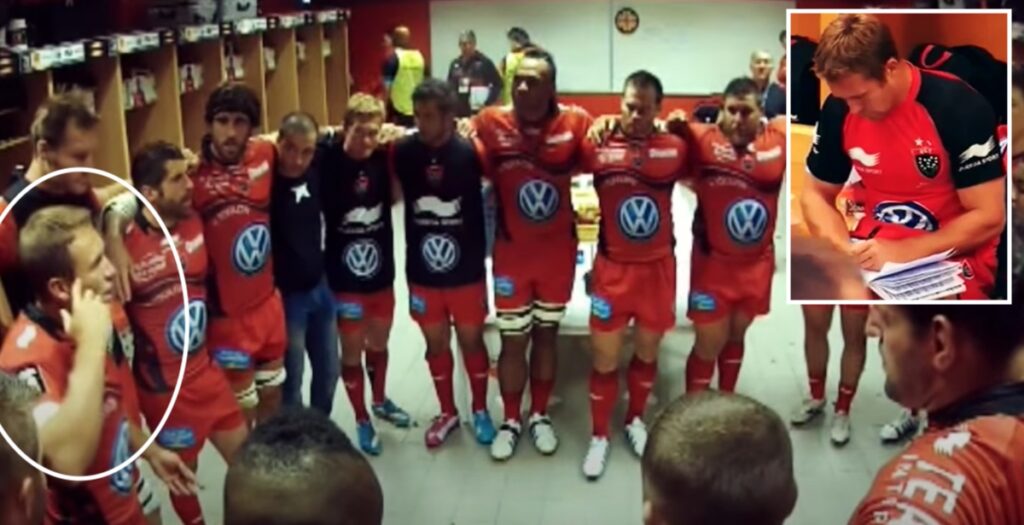 A nine-minute montage created by Toulon fans shows just why England legend Jonny Wilkinson was so successful for the French club over his five years there.

Wilkinson joined Toulon in 2009 from Newcastle and went on to win two Heineken Cup trophies and a Top 14 title making him a crowd favourite in the south of France.

He represented the club 141 times and scored 1,884 points in the process. His leadership skills are highlighted in the video when he delivers inspiring pre-match talks to his teammates in both English and French.

His attention to detail is also highlighted when he’s caught on camera taking notes about the team’s preparation and his own individual performances.

While he was adored by Toulon fans, Wilkinson also represented England 91 times. He played at three World Cups and earned six Test match caps for the British & Irish Lions on two separate tours.