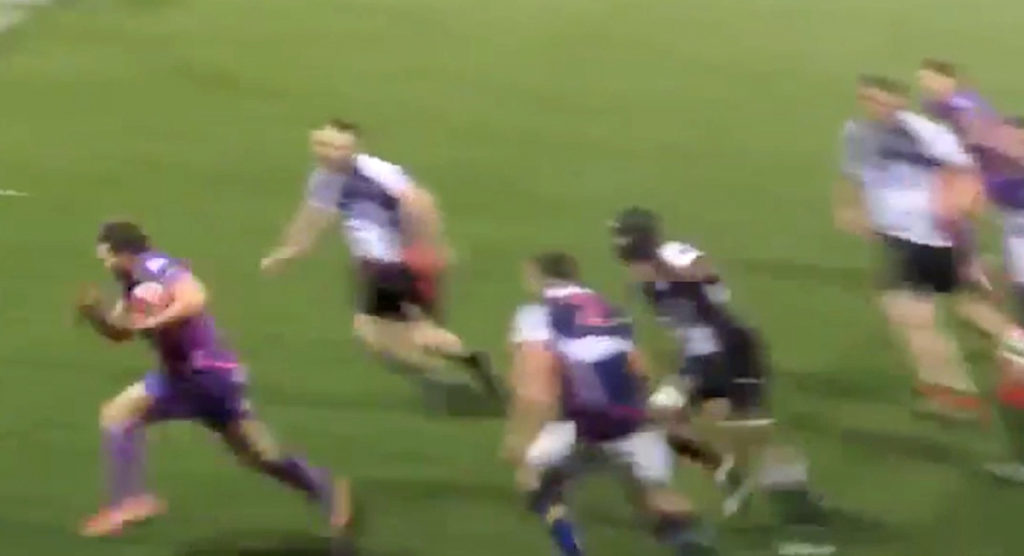 The South Wales Wildcats scored this incredible try recently when they crammed a lineout with backs, setting up an outstanding score at Cardiff Arms Park.

We’ve seen many creative lineout moves attempted over the years but this is clearly one of the better ones, especially as it was perfectly executed and led to a try, from 50 metres out.

The backs joined a lineout on the halfway line. In fact, it was only backs in the lineout, except for the hooker who threw it in. The first receiver caught a low ball only to flick it through his legs to the darting number ten (who was standing at nine), who shot away catching the Nationwide defence off guard.

A nice beating of a man one on one was followed by a perfect offload in the tackle, and then a cheeky inside step from the tryscorer before he dived over for a memorable score.

Send us your best clips via social media or rugbydump.com/blitz and we’ll share the best