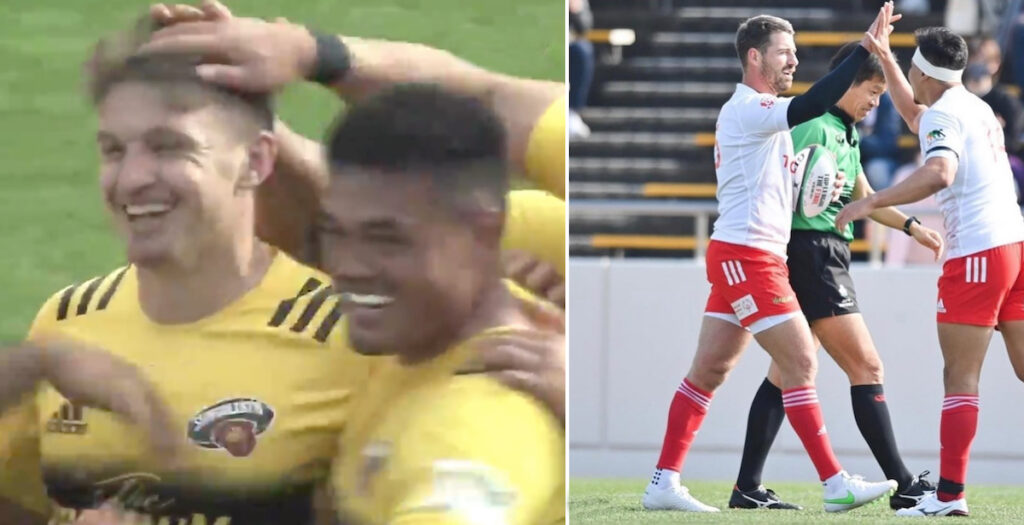 Springboks full back le Roux took centre stage for Verblitz in the first half with a wonderful chip for centre Male Sa’u to regather and score under the posts.

The vision from Willie Le Roux 🎯

However All Blacks playmaker Barrett stole the headlines with a match-winning penalty kick which hit the inside of the post on its way though in the final play of the game in Aichi, Japan.

The game finished 36-39 to Suntory thanks to Barrett’s heroics which has put them top of Conference Red after four rounds.