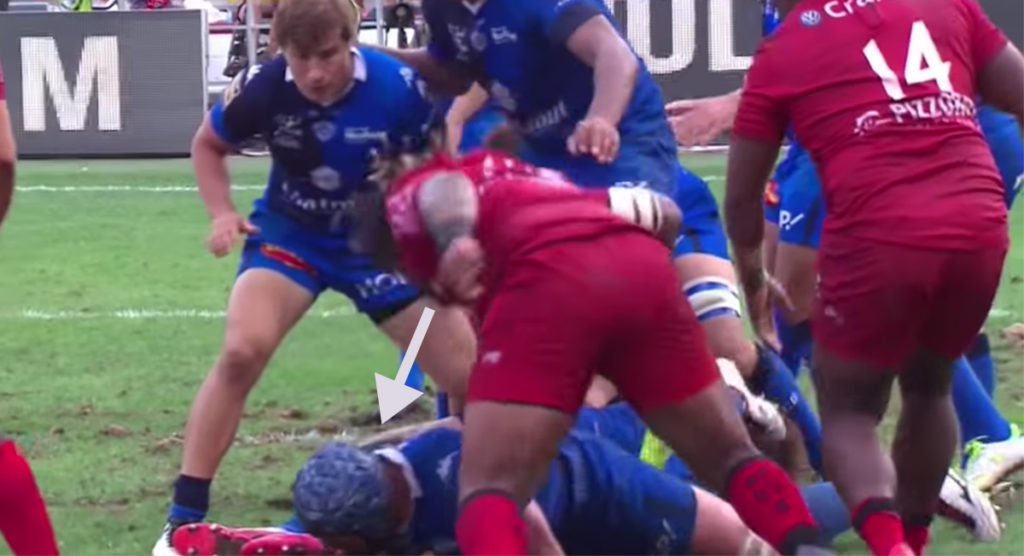 Toulon back Mathieu Bastareaud has been suspended following the red card he received for striking a prone Christophe Samson on the back of the head. While his disciplinary record added a week, some were removed for his good behaviour and remorse at the hearing.

A LNR disciplinary found that he was responsible for striking with the arms, which is listed as medium degree of severity on their range of offences, particularly due to the head of the opponent having been hit.

That is an automatic 6-week ban, but due to aggravating circumstances – such as his record – another week was added to his suspension.

But due to his recognition of guilt, conduct before and during the hearing and his show of remorse, the sanction was reduced by a further 2 weeks. Therefore Bastareaud has been suspended from all forms of rugby for 5 weeks.

Considering the offence and the deliberate nature of it, some felt that he got off lightly.

He got of light if you ask me. 8 weeks would have been closer to the mark.

While others called for more consistency when different foul play incidents are compared.

Off the rugby field this would be a far more serious offence.

Unbelievable. How can he’s ban be so short. Outside the rugby pitch it would be classified as an assault!

What do you think of the 5 week ban?

ANOTHER BAN
In other disciplinary news from the Top 14, Tony Ensor has also been suspended for 5 weeks after his dangerous lifting tackle on Flip van der Merwe. Video below and more on that incident here.

The Hurricanes will open their pre-season by hosting the Blues and Chiefs in a game of three halves next month.