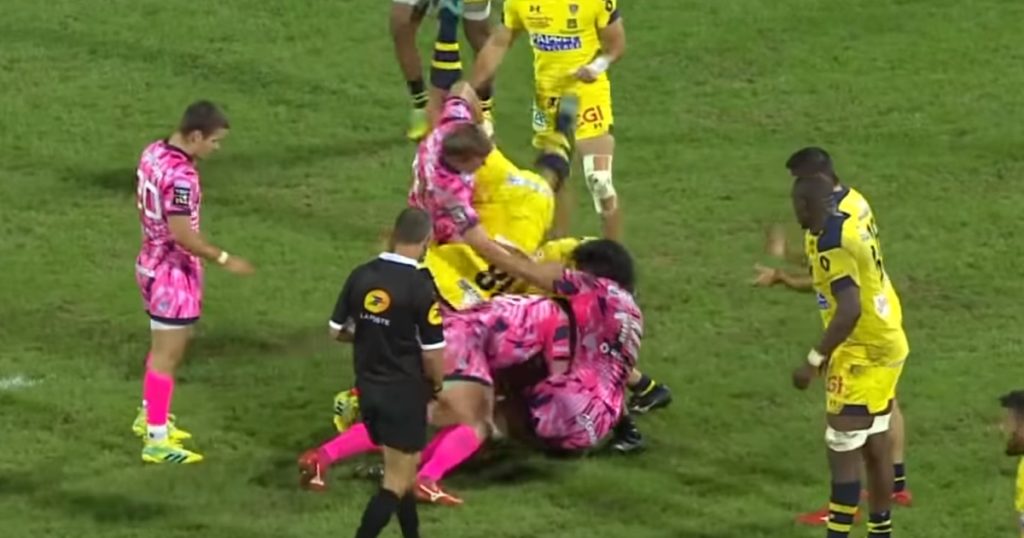 Stade Français slumped to a first Top 14 defeat of the season against Clermont Auvergne last weekend, with Tony Ensor’s second half red card for a tip-tackle on Flip van der Merwe a contributing factor.

The New Zealander, who plied his trade with Otago early in his career, was sent off for lifting Van der Merwe over the horizontal and dumping him on the ground with 11 minutes left of the match.

Referee Romain Poite had no other option but to show Ensor his marching orders.

Stade were already trailing 30-13 at this point after being under the cosh from an in-form Clermont all game.

Ensor’s dismissal only compounded what had been a frustrating encounter for the Parisians, who ultimately went down 42-20 in the end.

On first viewing, it seemed that Poite’s decision had been fairly harsh as Van der Merwe appeared to be dropped on another Clermont player.

But subsequent replays showed the awkwardness of the landing, with Van der Merwe’s head and neck dangerously impacting the ground.

The sending off was one of a number of red cards over the course of the third weekend of the league. Toulon’s Mathieu Bastareaud also saw red for a reckless arm swing on a Castres player, while ex-All Black Joe Rokocoko received two yellow cards for Racing 92 in their victory over Agen.

Ensor will face a disciplinary hearing in Paris on the 19th September, when the length of his ban, if any, will be determined. He is suspended from playing until this date.