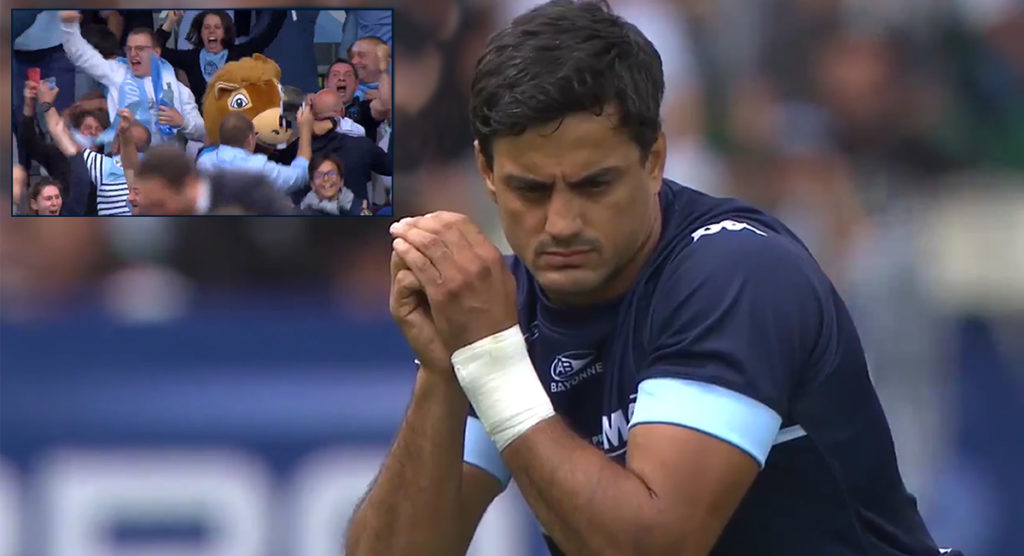 Bayonne sealed promotion back to France’s Top 14 in dramatic fashion on Sunday in the Pro D2 final against Brive. Having finished the season at the top of the league, Brive were in the lead by a slender one point, 19-18, in the final play of the game before conceding a penalty just outside their 22.

While this may have been a fairly routine kick at any other point in the match, this was huge given what was on the line for both teams. However, Argentina international Martin Bustos Moyano stepped up to take the kick, set to a cacophony of jeers from the crowd.

The Argentinian showed nerves of steel to land the penalty and send the south west club back into France’s top flight.

Although this was gruelling for Brive, they still have a shot at promotion, by playing Grenoble, who finished 13th in the Top 14, meaning they can still join Bayonne next season.