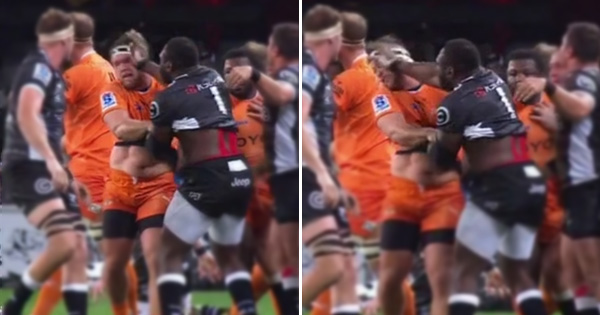 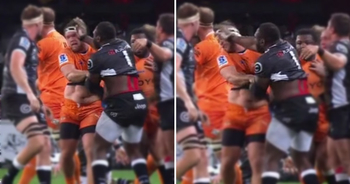 The Sharks beat the Cheetahs 26-10 in Durban on Saturday night, taking a step towards the Super Rugby playoffs, but had to contend with being a man down for ten minutes after skipper Tendai Mtawarira was yellow carded early on in the first half.

In what was a typically physical game between the two South African sides, prop Maks van Dyk was warned after just five minutes for an altercation in which he sparked a small scuffle.

Around 10 minutes later, after a scrum, he got under the skin of the man known as the Beast, who then lashed out with an open-handed slap.

After the game he admitted his wrongdoings, but still hinted that Van Dyk instigated it.

“They were in our faces. I should have kept my cool in the beginning there, but that’s the game of rugby sometimes. Cheap shots come and then you’ve got to deal with them,” said Mtawarira.

The Springbok loosehead will be rested for the Sharks match against the Sunwolves this coming weekend, as the coaching staff feel he needs a complete break following a tough few months.

View more slaps in the Related Posts below the video