Barrett could easily end up on All Blacks bench, according to AB's legend 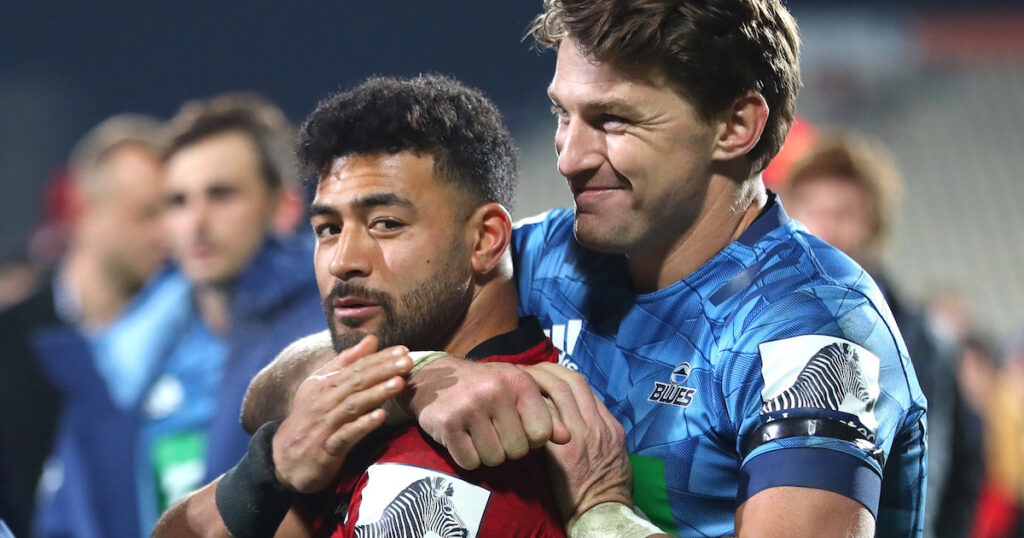 New Zealand could face the very real prospect of having to play talisman Beauden Barrett off the bench, such is the level of competition in the new Ian Foster All Blacks set-up, according to former player Jeff Wilson.

The ex-international outside back turned TV personality was discussing the emerging selection headaches for the new All Blacks coach now that Barrett, Richie Mo’unga and Damien McKenzie are injury free and in form.

While hypothetical for the moment, the idea that Barrett could indeed be used as a impact player, potentially covering both the out-half and full-back positions at international level, may come as something of a shock.

Indeed, whether this is in the mind of Foster is unknown, but as Wilson explains, it might not be as catastrophic as it seems.

“The game can go 85 minutes, [so] the bench is so critical,” Wilson said on Sky New Zealand’s The Breakdown show.

“The options and the depth you need… yes, you might not get to start everyone but to know that you can bring that type of quality on and we’ve known that that’s the role Beauden Barrett has played.

“[It’s] possible. But imagine those trainings, we saw last night [in the North vs South match], they’ll be just as competitive.”

Whether this situation manifests itself before long will only be known by the selectors but it does give a new perspective on how to manage star quality at international level.

Fitting Barrett, Mo’unga and McKenzie into the All Blacks side is clearly a priority for Foster, but just how that is done while preserving the structure of the mid-field and ensuring each of the three players are getting the maximum out of their game will be intriguing.

What it does demonstrate is that player management will be given even more importance for the remainder of the season.

Rotation between the three is a possibility and each can certainly maintain the same high level, but that prospect may end up being the stick of dynamite which the All Blacks just can’t afford to light.

Barrett could easily end up on All Blacks bench, according to AB's legend | RugbyDump - Rugby News & Videos