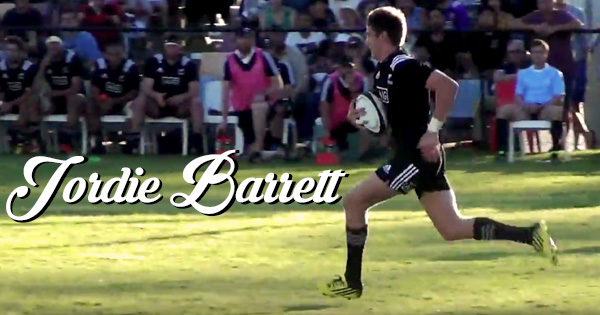 Ahead of next month’s Under 20 World Championship in Manchester, title holders New Zealand fired a warning shot in the Oceania Cup by beating Australia 30-10.

Standing out in this match, and scoring 15 points, was up-and-coming talent Jordie Barrett.

Yes, Barrett is the younger brother of another Kiwi superstar, Beauden. With the pair’s other siblings Kane and Scott also professionals with the Blues and Crusaders respectively, it is a sporting family which is second to none.

Jordie’s excellent performance against the Aussies, which included a try, two conversions and three penalties shows that he has an all-round game. He has since gone on to be selected for New Zealand’s Under 20 World Championship squad.

It goes without saying that Barrett, whose father Kevin racked up over 160 caps for Taranaki, will have the eyes of Super Rugby bearing down on him during the tournament, which kicks off on 7th June in Salford when France face Argentina. New Zealand play Georgia in their opening game.