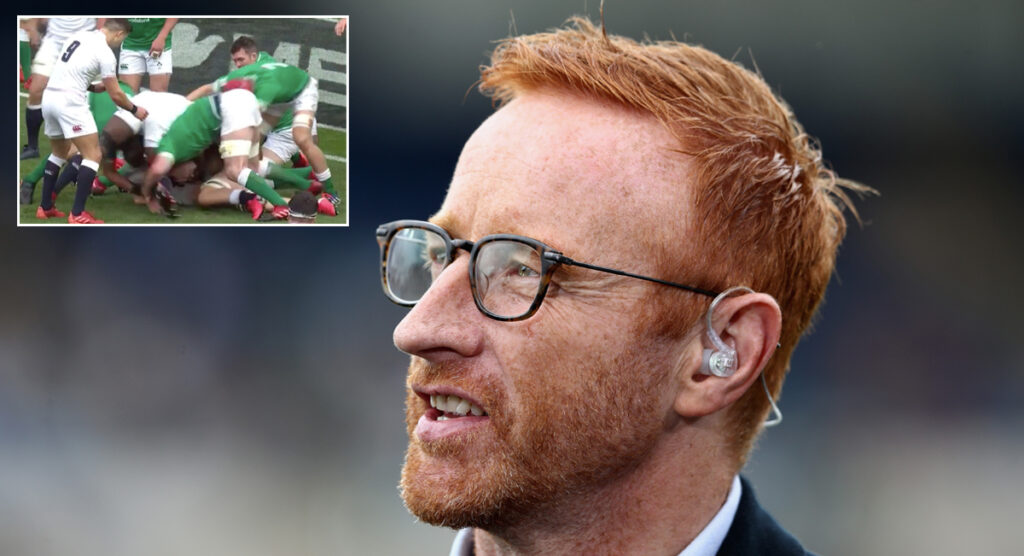 Sevens guru Ben Ryan has said that illegal and dangerous rucking has become the “norm” in rugby now.

This was in reaction to a clearout from James Ryan and Devin Toner on Tom Curry in England’s contest with Ireland on Sunday, which has since been highlighted as something that went unnoticed at the time but could have put the No8 in serious danger.

It would be wrong to say that that was an exception though, as every game has instances of offences that go unpunished at the ruck.

Shoulder charges and contact with the head are offences where referees and television match officials are swift to punish players, but other infringements, such as entering the ruck from the side or players going off their feet, seem to slip by.

The Olympic gold medal winning coach said on Twitter that “Almost every commentator of pro rugby from the papers to radio & TV don’t mention it anymore – they would end up talking about nothing else.”

Illegal rucking, and mauling for that matter, can cause such a variety of injuries, which range from concussions to ankle and knee damage from incorrect entries. What’s more is that the laws are clearly there to prevent such problems, but they are so often flouted by the players, who are permitted to by referees.

This is the norm now. Almost every commentator of pro rugby from the papers to radio & TV don’t mention it anymore – they would end up talking about nothing else. So many laws that are there to protect the game, it’s future and the players are broken and ignored. https://t.co/u9j0i2aekV

It is perhaps the fact that World Rugby have made efforts to prevent such problems in the game which is why it is frustrating and concerning to see dangerous play.

Ryan raised this issue, saying: “So many laws that are there to protect the game, its future and the players are broken and ignored.”

Whether this requires greater communication between the referee and the TMO, or more power to the TMO, there are ways in which the ruck can be made safer, and demands will only increase for such changes to be made.

Yep. Plus you cannot deliberately come off your feet. Multiple laws pandemic-ally ignored

Another incident that occurred was between CJ Stander and Owen Farrell, after the latter held on to the number eight’s leg for what seemed like an eternity. Stander retaliated, earning the praise of some fans but again posing questions as to why officials allow that particular occurrence of cynical play to happen so regularly.

Let us know in the comments below what you think of these discussion points? Is Ryan correct here?