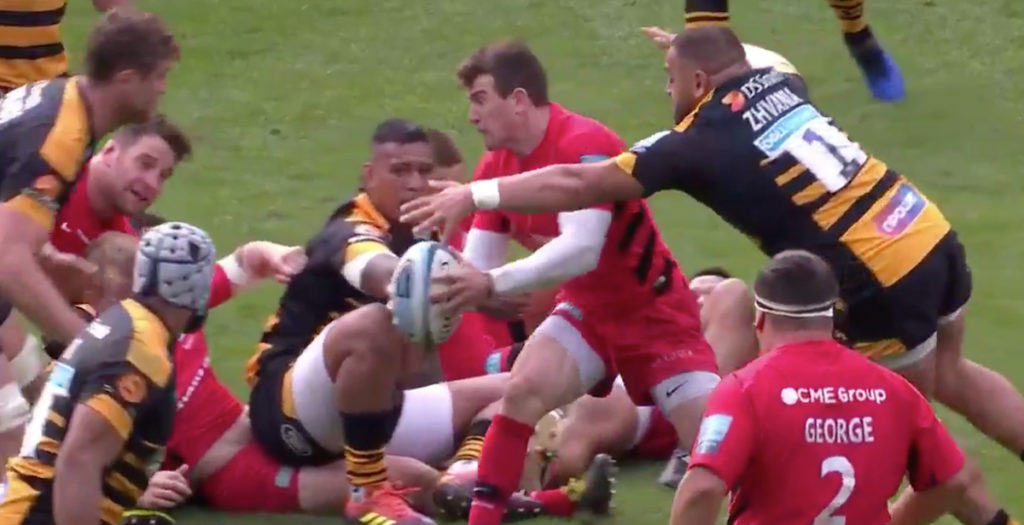 Saracens scrum half Ben Spencer performed wizardry against Wasps on Saturday to set up Will Skelton for a try.

The 26-year-old found himself surrounded by Wasps players when the ball unexpectedly spurted out the back of a ruck.

He managed to evade several tackle attempts and throw a backdoor offload to Skelton, who broke through the defence and ran 40 metres to score under the posts.

Spencer has three England caps and with Dan Robson and Ben Youngs out through injury and illness and Danny Care out of favour with Eddie Jones, the Saracens half back has a good chance at representing England at the World Cup later this year.

Saracens went on to win the game 14-31 at the Ricoh Arena, leaving them second with two games left of the regular season.