Best of the tries from the Kitakyushu Women's 7s 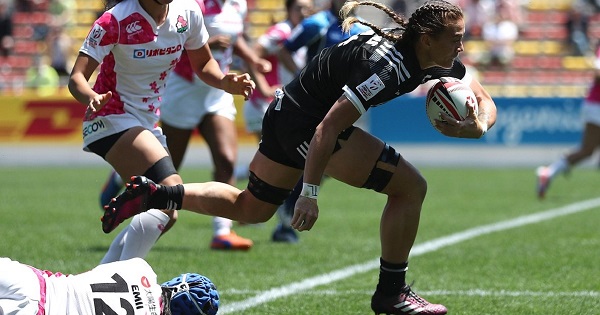 The fourth round of the Women’s 7s World Series took place in Kitakyushu, Japan, with New Zealand seeing off the challenge of France 24-12 in the final.

With their triumph, the Black Ferns have moved to within six points of series leaders Australia, with just two rounds remaining – in Langford and Paris.

There were plenty of terrific tries scored throughout the weekend, showcasing the talent within the Women’s game.

The French were particularly entertaining and provided some of the best team scores of the tournament. Chloe Pelle and Fanny Horta each finished off well-executed moves from far out as Les Bleus proved the stiffest competition for New Zealand.

Fiji wowed onlookers once more with another sensational solo effort from Luisa Basei Tisolo who created her score against Canada seemingly out of nothing. The Fijians ultimately went down in the quarter finals against Australia, and then to Russia to finish fifth overall.

There was no stopping New Zealand and stand-out winger Portia Woodman. Regarded as one of the best wingers to play the game was on fine form and scored a crucial try in the final.

Best of the tries from Kitakyushu 7s