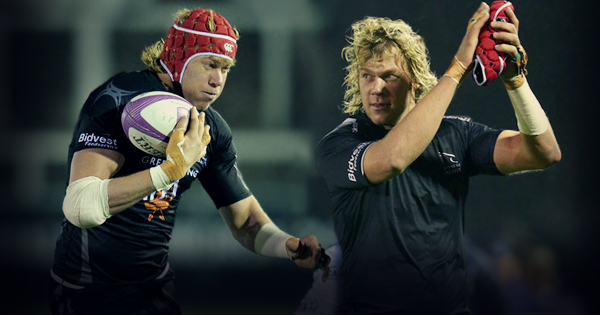 Former England and Newcastle Falcons second rower Mouritz Botha has been forced to call time onhis rugby career at the age of 35. Botha made the decision following medical advice after failing to recover from a concussion suffered during the 2016-2017 season.

The giant lock started his career in his native South Africa before heading to the UK and getting spotted at Bedford, later being signed by Saracens in 2009. He went on to win a Premiership title with them in 2011, and was capped 10 times by his adopted country, England.

A stint back in South Africa with the Sharks followed in 2015, before he returned to England and took up a three-year contract at Newcastle Falcons.

In total he played 142 games for Saracens and made 14 Aviva Premiership appearances for the Falcons, before concussion ruled him out and led to his retirement. He admits that despite it being a sad ending, he has had a successful career that he can be proud of.

“Although many players have mixed emotions when they call time on their playing days, I only have one overriding feeling – that I was truly blessed to have had enjoyed my time as a rugby player as much as I have done,” Botha said.

“I am extremely proud to have been able to represent England, an honour that I will always cherish, and to have won the Premiership with Saracens. Most importantly I have made some fantastic memories and friends for life at all the clubs I have played for along the way and I’ll always be indebted to the many people who helped me enjoy such a fantastic journey.

“I was very lucky to learn from some amazing coaches who turned me from a semi-professional into an England international. It is for this reason I’m am now pursuing a career in coaching. I want to give players the same experience that I had.”

The day every rugby player dreads has arrived for me but excited about the future. Thanks for all the support on my journey! #ELE https://t.co/QQF4dGvAC0

Botha was featured here on Rugbydump a few times over the years, but most notably for these two huge tackles he made when playing for Saracens.

The first was on Sharks powerhouse Jean Deysel when they played in London:

The second, arguably bigger tackle, was on Jordan Turner Hall of Harlequins

We wish Mouritz all the best with his future endeavours, and hope to see him coaching at a high level at some stage in the future.