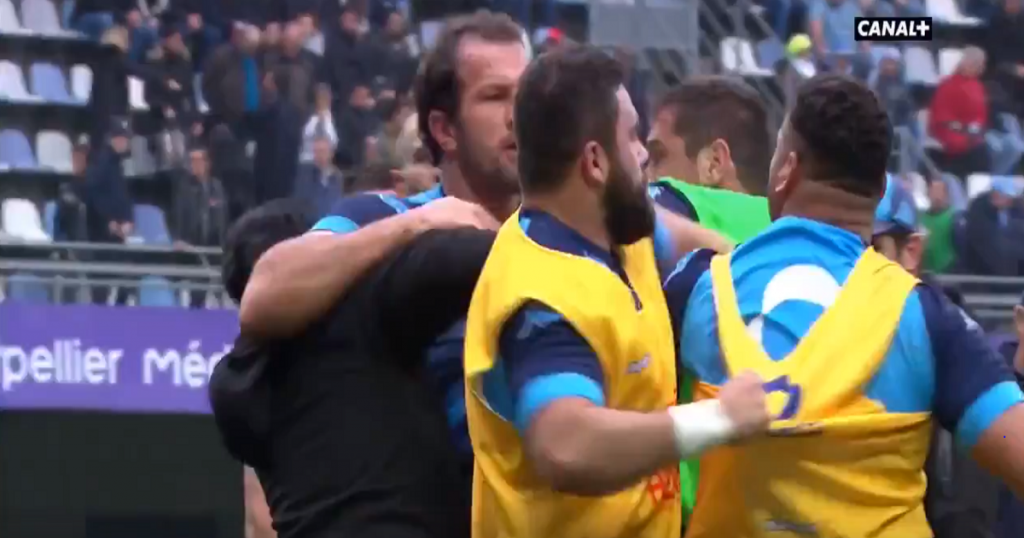 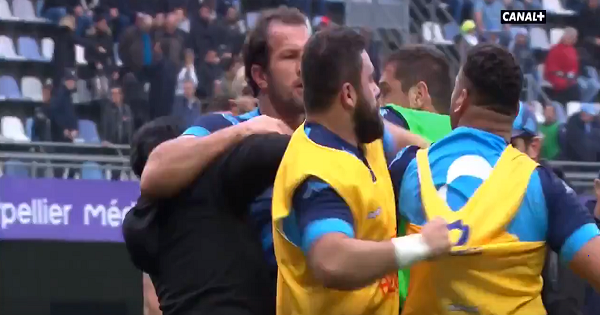 Top 14 leaders Montpellier smashed second-placed Racing 92 41-3 at the weekend, but the win was marred by a scrap between Bismarck du Plessis and teammate Mohamed Haouas in the match warm-up.

The pair exchanged several punches before being dragged apart by their teammates, with both front-rowers looking furious. Forwards coach Nathan Hines, meanwhile, looked on nonchalantly as if it was just another day at the office.

Du Plessis has garnered quite a reputation for his abrasiveness and temperament so perhaps it’s not a surprise that he was in the middle of this.

We are quite used to seeing front-rowers tussle with each other, but normally during a match and with the opposition. Training fights are also commonplace, but a fight in the warm-up seems to be a first.

The altercation didn’t seem to affect Montpellier though, with Jan Serfontein, Nico Janse van Rensburg, Timoci Nagusa, and Louis Picamoles all scoring against their title rivals.