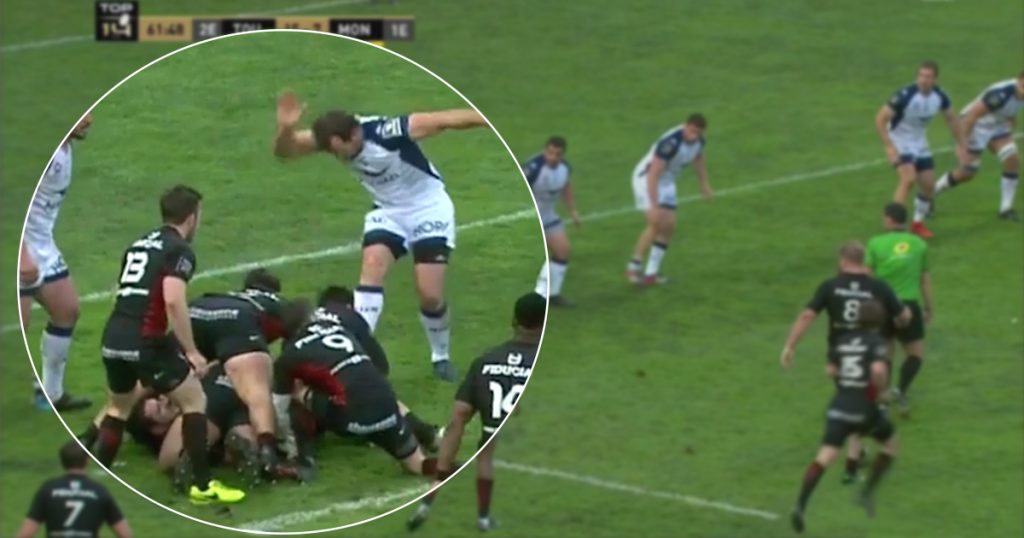 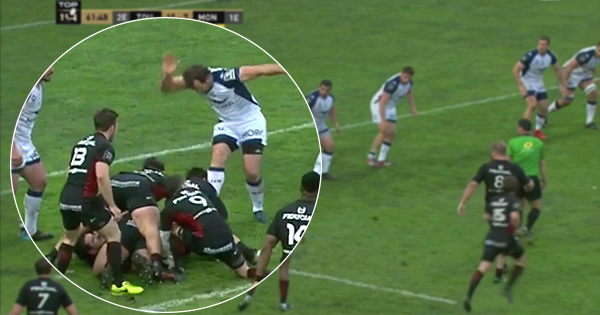 Montpellier hooker Bismarck du Plessis made headlines recently when he and a teammate were involved in a fight just before kickoff. This past weekend he caught our attention again, this time against Toulouse, after he was held at the back of a ruck.

With Toulouse on attack, experienced back Florian Fritz hung on to the bottom of the hooker’s shorts and leg. As we’ve seen before, Du Plessis has a very short fuse so wasted no time at all in dealing with the 34-year-old former French international.

His open-handed slaps landed six or seven times, as he kept doing it until Fritz released.

The referee had a word with him but then backed down, either due to the Du Plessis reputation and experience or because of the fact that everyone sympathises with players being held back.

Turning 33 himself very soon, Du Plessis still has the fire and competitive streak that kept him at the top of the world game for many years. After 79 Test caps, he stopped playing Test rugby after the 2015 Rugby World Cup, with a move to France.

While the Springboks now have a quality hooker in the form of Malcolm Marx, most fans probably wish he had not made the move abroad, especially with the bleak few years passed in mind.

That said, slapping someone on the back of the head that many times should be unnaceptable.

EXTRA: The open-handed punishment seems to run in the family! Watch brother Jannie take his frustrations out against the Hurricanes in 2012, sparking a big brawl.