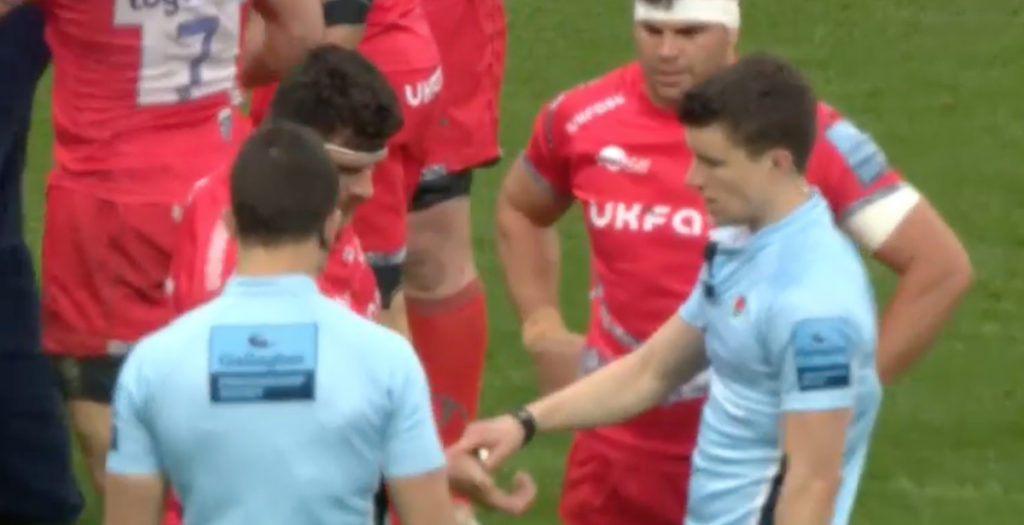 Webber approached the referee with apparent bite marks on his arm and Sale number eight Jono Ross was heard over the ref mic saying it’s “a clear bite” having looked at Webber’s arm.

The referee said he did not see the incident and referred to the TMO, who said there had been contact with arm and face, but no evidence of a bite. The referee also said that following insufficient evidence on review, the incident would be referred to a citing officer for further investigation.

The footage shows Green, on his knees, move Webber’s arm across his face but the footage was too far away to get a definitive answer.

Newcastle, wearing their football-inspired strip, went on to win the game held at St James’ Park 22-17 and keep their Premiership survival hopes alive.