Blues fan just misses out on $5,000 in kicking competition... twice! 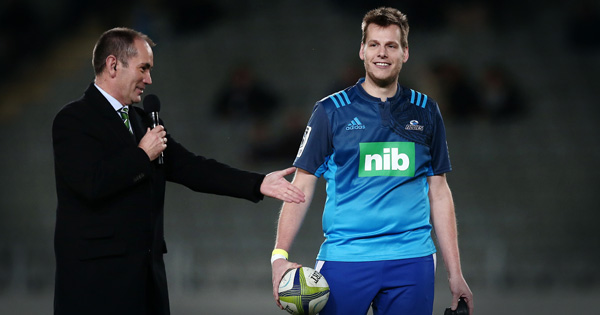 We all love a good half-time penalty kick competition. It provides a bit of light comic relief in the heat of a bruising encounter, but this Blues fan may be having nightmares for a while after he coughed up $5,000 NZD not only once, but twice.

By picking the easier option of 15m, Blues Big Shot Challenge winner Keaton Pronk probably saw the money there for the taking.

Stepping up to the mark, Keaton hooked the kick, with the ball agonisingly hitting the post. After what would have been a particularly cruel way to lose $5,000, Keaton was given a second chance.

Was it the nerves, the occasion or the backdrop of Eden Park bearing down on him? We may never know, but what we do know is that this poor Blues fan left empty handed after hooking his second attempt even further.

Keaton took it well though and was fotunately able to celebrate his team’s bonus point 34-28 victory over the Waratahs in the second half.