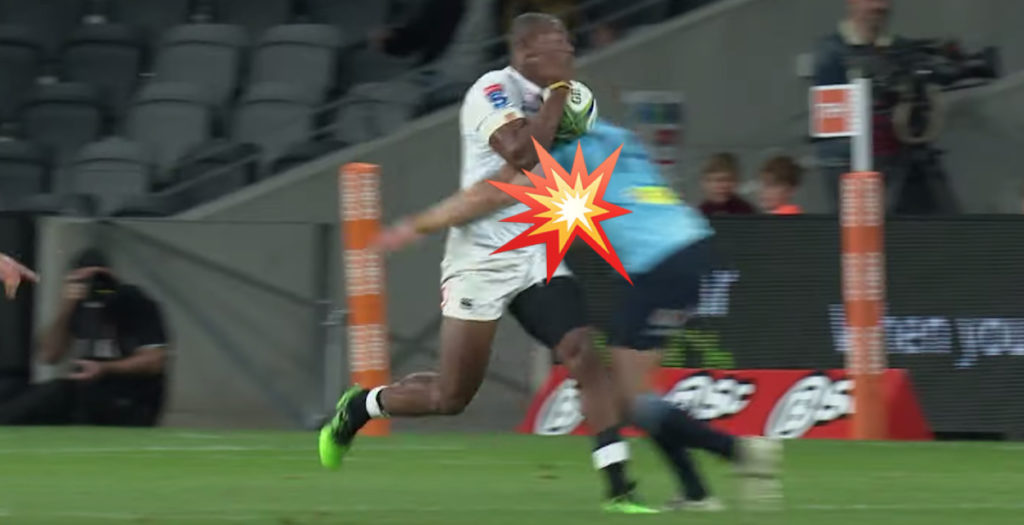 Waratahs winger Cameron Clark put a monster hit on his opposite man Makazole Mapimpi in the latest round of Super Rugby against the Sharks.

The hit was so big that it forced a knock on from the South African winger, halting a potential counter attack from the Sharks.

Both sides went into half time with 10 points each but a red card early in the second half for Waratahs second row Jed Holloway cost the hosts in Sydney.

The Sharks went on to win the game 15-23 at the Western Sydney Stadium, leaving them top of the South African conference while the Tahs trail Melbourne Rebels in second in the Australian table.