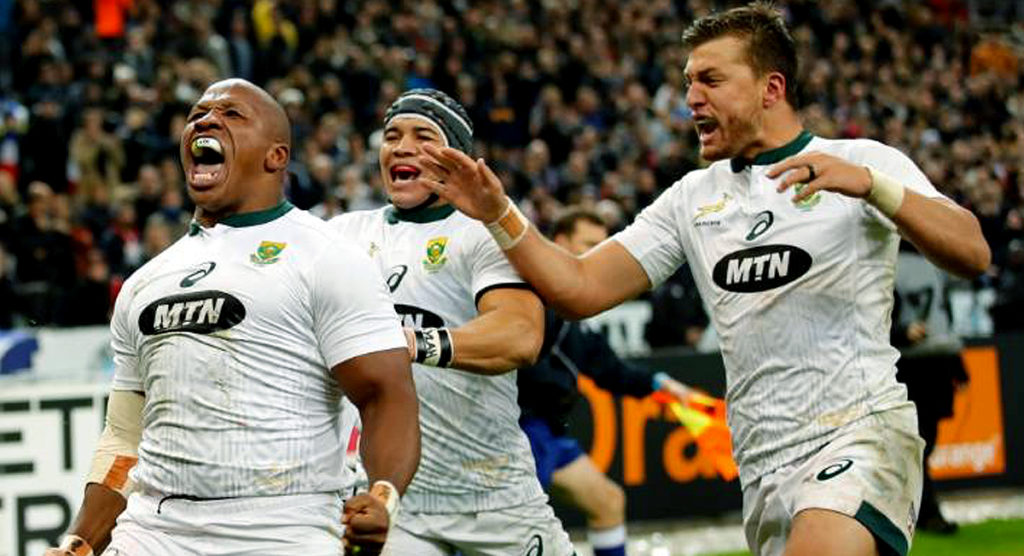 France coach Jaques Brunel admitted that he is very annoyed by his side’s late loss to South Africa in Paris. The visitors scored a decisive winning try well into added time, escaping a third successive narrow loss after digging deep to pull off a 29-26 win.

It was all France early doors as the home side played with a sense of composure and intensity that no doubt will have impressed the Stade de France fans.

Leading 23-9 shortly after halftime, France made South Africa look out of sorts following tries by Guilhem Guirado and Mathieu Bastareaud.

A Francois Louw substitution proved a masterclass for the visitors, as the Bath flanker came on and made some crucial turnovers at the breakdown, the last of which was key as France were camped in the Springboks’ half leading 26-22 with time just about up.

Replacement Bongi Mbonami stepped up to show his class as he hit every lineout with unwavering accuracy, including when they had worked their way to 5m out with time well into the red.

His try in the 85th minute broke French hearts but allowed the Boks to celebrate again, as they had done with two previously disallowed tries in opposite corners.

Man of the moment! Here’s what Bongi Mbonambi said straight after that dramatic win over France at the @StadeFrance#boksontour#FRAvRSA pic.twitter.com/ammz3L2wAa

“Yesterday I was trying to look at the positives, today I am very annoyed because we lost a match we should never have lost,” said French coach Brunel.

“We didn’t manage things well, especially in the last four minutes. We had four minutes left and later on, just 30 seconds left to win a match that a top side simply would not lose from that position. We cannot let opportunities like this pass us by.”

Both sides scored two tries each but Springbok flyhalf Handre Pollard was immaculate with the boot, kicking seven from the tee (5 penalties and two conversions).

“We learned a few lessons from last week (against England) that we were able to apply and we were rewarded for it, even if it is not our best performance,” Springbok coach Rassie Erasmus said.

“Last week we took it through 15 phases to get a penalty to win the game (and it didn’t happen) and this week we had to score a try to win the match. It was definitely not the most clinical performance but the team was gutsy enough and it feels much better (than last week).

“Fighting back after being so far behind is often hard, especially when it is raining. The guys handled the key moments well and were better at withstanding the pressure.”

France’s last win over South Africa was in Toulouse in 2009.

South Africa face Scotland next, who come off the back of a win over Fiji.