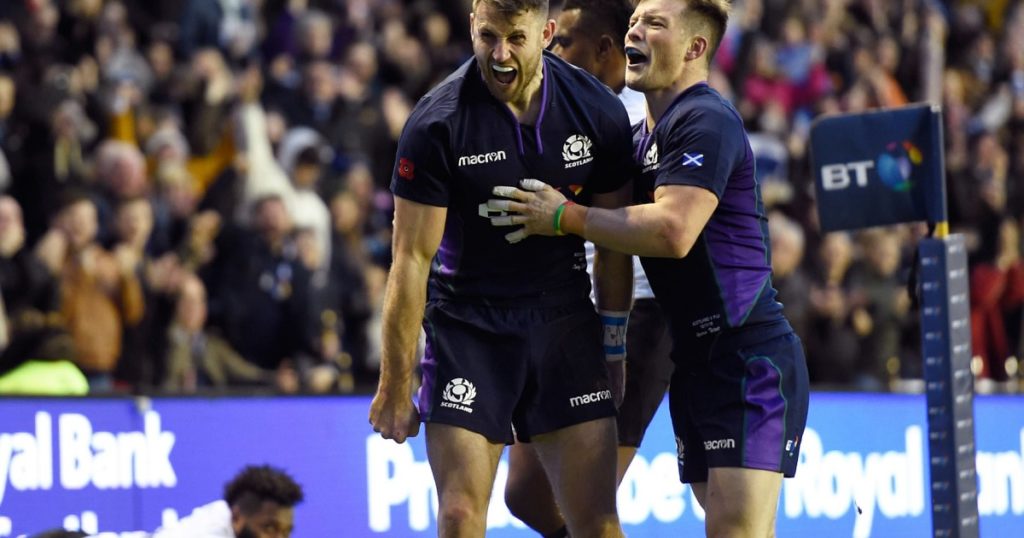 Scotland overcame a stubborn first half performance from Fiji to claim a comfortable 54-17 victory at BT Murrayfield.

The Scots led 21-17 at the half-time break after conceding a brace of Fijian tries, from Semi Radradra and Edinburgh back-row Viliame Mata in the space of six minutes.

Two yellow cards for the visitors helped Scotland, who bagged early tries for Allan Dell and Fraser Brown, to edge back ahead with Tommy Seymour getting the first of his three tries just before the break.

Seymour added two more in the second half as Gregor Townsend’s men dominated the set-piece throughout.

Sean Maitland touched down just after the restart before Jamie Ritchie and Adam Hastings scored their first tries for their country.

Fiji for their part, were enigmatic as ever and were very quick out of the blocks. Their offloading skills in the tackle area got the better of Scotland in the first half and led to both their tries.

But where they lacked was the set-piece and mauls, which Scotland exploited to devastating success.

Exeter Chiefs second-row Sam Skinner was named Man-of-the-Match, but it was arguably Seymour’s finishing prowess that stole the show.

His first came from a brilliantly-weighted pass from fly-half Finn Russell before combining with captain Greig Laidlaw in set move five yards out in the second half. Seymour completed his hat-trick 20 minutes from time as Scotland romped clear.