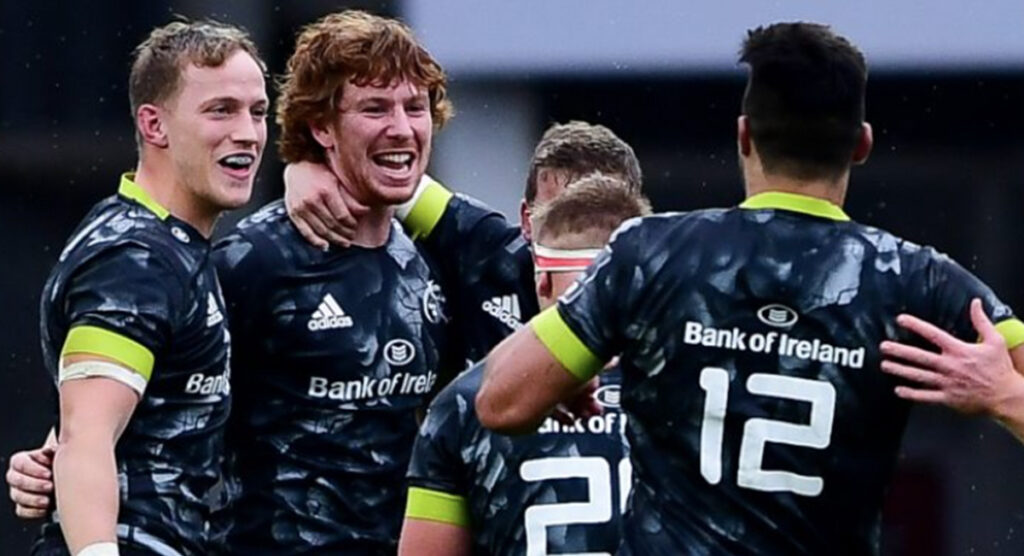 Munster were the beneficiaries of some late-game heroics against Scarlets courtesy of Ben Healy’s boot. With the score knotted at 27 apiece, the academy youngster booted a monster 50-metre penalty with no time remaining to secure the road victory at Parc Y Scarlets.

Healy’s kick robbed what remained of Leigh Halfpenny’s spotlight. The fullback’s illustrious outing resulted in his name being etched in the PRO14 and Scarlets record books with nine penalty goals, the last of which was also from halfway.

Things looked bleak for Munster late in the match after Peter O’Mahoney’s second yellow card saw them down a man and down 27-17 for the final 10 minutes.

In spite of this, however, they then scored another 10 points, including a well-worked try to Kevin O’Byrne that was converted by Healy.

Moments later, the final dagger was added when Scarlets copped a penalty on halfway, allowing Healy’s successful attempt for the late come from behind win.