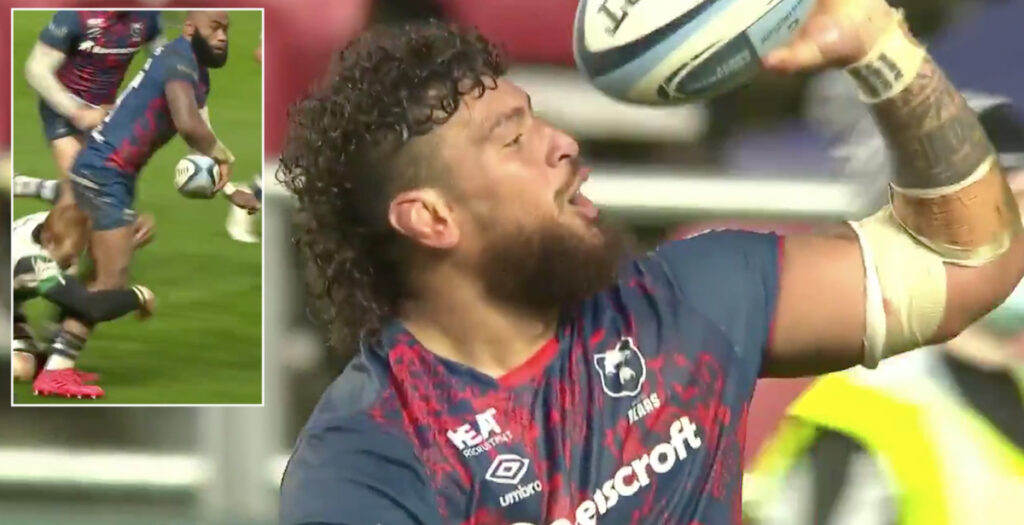 A forward pass from Bristol star Semi Radradra ruled out what would have been an incredible team try for the Bears against Newcastle in Friday’s Premiership clash.

Bristol stole a Newcastle lineout inside their own half and worked the ball through the hands to Radradra in midfield. The Fijian athlete took on two defenders and fed winger Ioan Lloyd on his outside and four delicate offloads later it was number eight Nathan Hughes who powered over the line for Bristol.

Despite coming on January 1, it could have been a contender for try of the year had it not been for Radradra’s forward pass. But despite this setback Bristol went on to win the game 29-17 at Ashton Gate leaving them joint top of the Gallagher Premiership on points with Exeter Chiefs.

Miles forward from Radradra – but that was a great non try!

Cracking Bristol try ruled out for forward offload from Radradra.

What a try Bristol but was it forward by Radradra? #BRIvNEW

I don’t care how much Radradra is paid.

1000 – Five players gained 1000+ metres in the league and Europe in 2020 while playing for Premiership, PRO14 or TOP 14 clubs, with Semi Radradra topping the charts with 1428 metres gained for Bordeaux and Bristol combined. Flying. pic.twitter.com/IOSwLUd14m

As much as it’s an absolute privilege to watch Semi Radradra play rugby, he doesn’t half give me beard envy.

That is a superbly groomed and cared for set of facial hair.

Is there anything Semi Radradra can’t do? Turnovers at the breakdown now

Semi Radradra is back! 😍