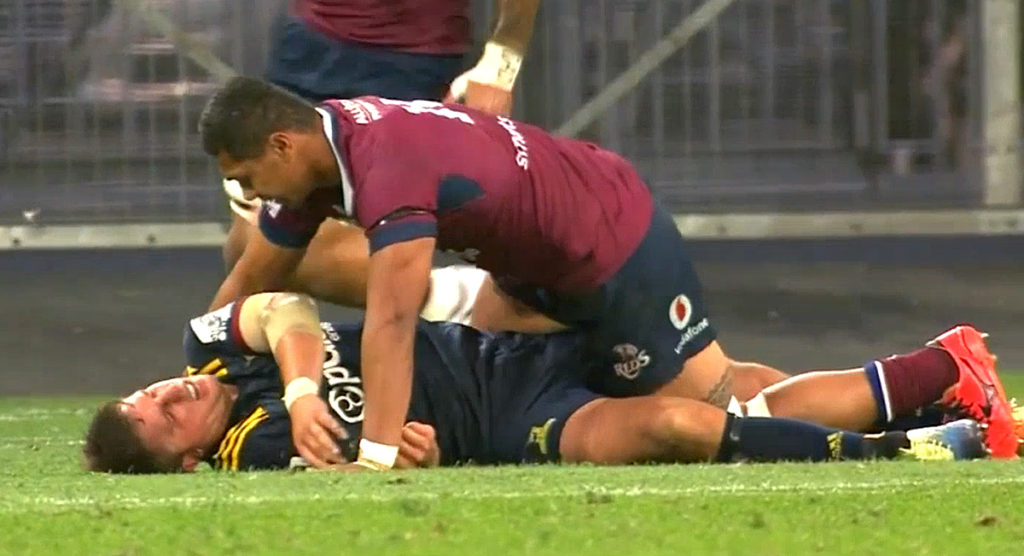 A young Reds team put in a great shift to push the Highlanders all the way in Dunedin, but ultimately it was the home side that came out on top in a thrilling opening match of round two of Super Rugby. A late try pulled things out the fire for the hosts for a 36-31 win.

It was back and forth all match as the Reds looked in a good position for an away win late in the contest, but Dillon Hunt’s try with six minutes to go proved the difference.

Brad Thorn’s Reds will be buoyed by the performance, and it certainly impressed at least one interested spectator.

Man that young reds team gonna be a handful this season.

One of the most dramatic moments of the match came in the 49th minute when the Highlanders were leading 29-17 and had a great chance to score out wide and extend their lead, but Tei Walden dropped the ball as he was demolished in a questionably brutal looking tackle from winger Chris Feauai-Sautia.

The ball was hacked downfield and some brilliant interplay led to big Izack Rodda, whose father passed away two days ago, diving over to bring the Reds back into the game.

Walden left the field and after taking a closer look at the hit, it was ruled that it was not illegal and the game continued. To his credit, Feauai-Sautia stayed with Walden on the floor until medics arrived to take care of him.

The match was in the balance until Walden, after returning to the field, played a part in setting up Hunt’s crucial try, taking the hosts into the lead for a win they will be relieved to have pulled off.