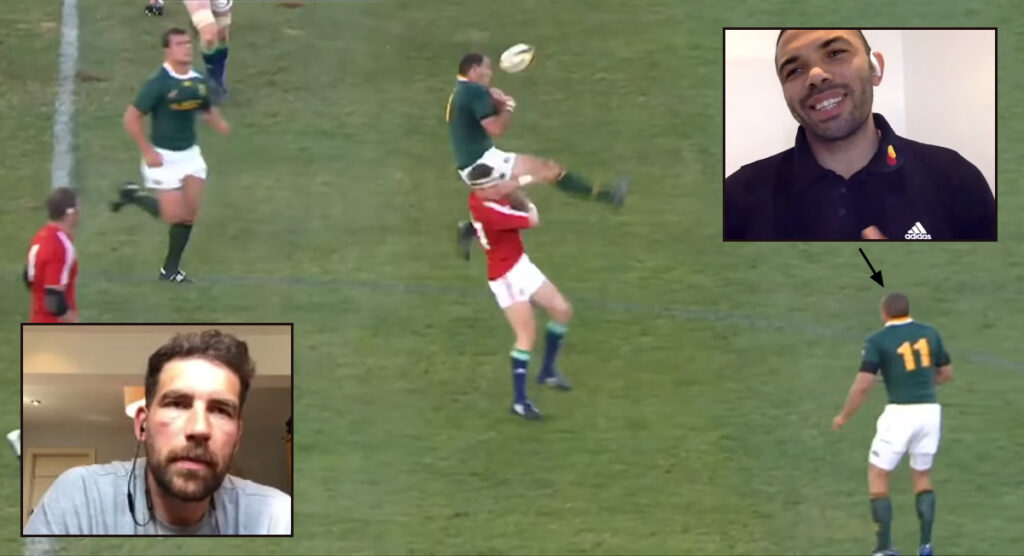 On Sunday we looked back at the epic second Test between South Africa and the British and Irish Lions, which was perhaps the most intense rugby match in the modern era.

It was a match which seemed to have everything: hard hits, controversy, tries and late drama. It’s what ultimately gave the Springboks the series win and some revenge after the 1997 defeat.

With the full game now available to watch (here), former Scotland second-row Jim Hamilton sat down for a video chat with Springbok legend Habana, who reflected on the occasion.

Habana recounted the half-time discussion between team-mates and head coach at the time Pieter de Villiers. The winger said that they were told to “get a bit more fire in the belly” ahead of the second forty minutes, which is exactly what happened.

Perhaps one of the game-changing moments was Brian O’Driscoll’s bone-crushing tackle on Danie Roussow, which cost the Lions a penalty and gave the home side a chance to get back into the game heading into the final quarter.

It was a tackle which surprised Habana: “At that time, Brian wasn’t really known that much for his physicality and to see him [do that to] Danie, who has exerted his physical dominance on so many players made us realise that we needed to get with the game otherwise we were going to get pounded.”

Habana’s try soon after did bring them back into the game, and Jacques Fourie’s try to take them into the lead was according to the winger “one of the best finishes I’ve ever seen in my life.”

A World Cup winner with the Boks in 2007, Habana says the Lions success is “easily in the top two” of all-time career achievements and by re-watching the epic second test, it is easy to see why.