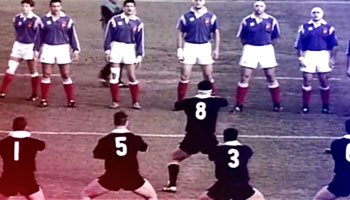 The Lions tour of Australia is naturally a key focus at the moment, but we shouldn’t overlook another fascinating tour that kicks off tomorrow, as New Zealand host France in a three-Test series that is sure to deliver plenty of thrilling rugby.

The Rugby World Cup finalists of 2011 meet again at Eden Park for another crack at one other and a chance for the All Blacks to start their international season ahead of the Rugby Championship. For France, it’s the end of a long domestic season that only finished last weekend.

Coach Philippe Saint-Andre is without more than a handful of first choice players, but Kieran Read has said the All Blacks will never underestimate the French.

“We always respect the French and expect them be on their game every Test. We know they’ve been waiting a long time for this and will be looking forward to a big challenge,” said Read. “I think they’ve been working away on their scrum and it’s always their biggest threat, so we’ll expect it to come from there.”

French captain Thierry Dusautoir has said that they are raring to go and ready for the challenge, and on a personal note he cannot wait to play at Eden Park again. “It is part of the legend for us. Our coach won at Eden Park and I played the final of a World Cup there. I hope to experience a victory there tomorrow for once because I think it will be my last game there.”

Below is a brilliant series preview video, featuring the legendary Buck Shelford. Predictions?