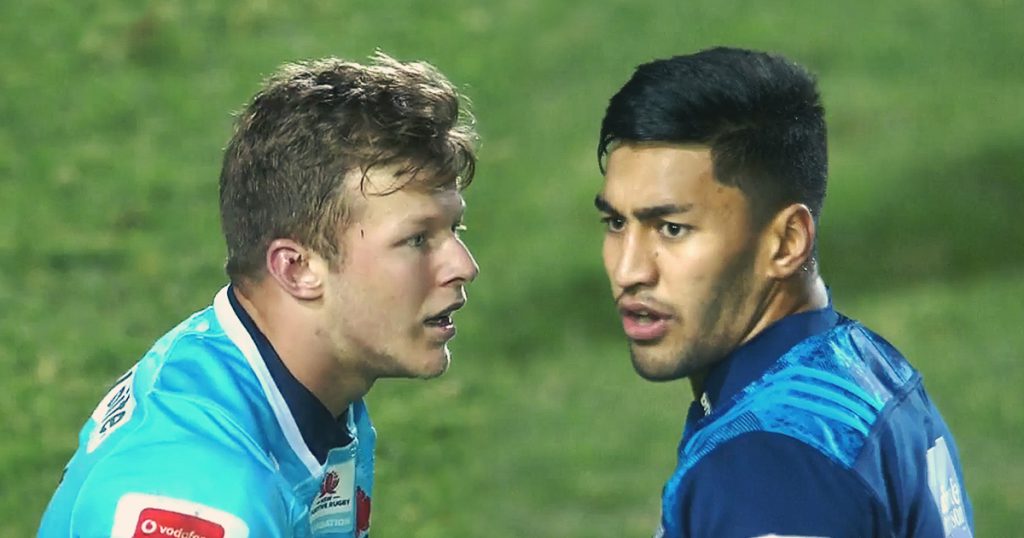 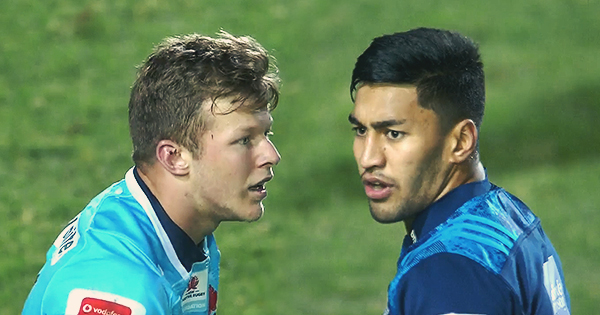 The Blues held on for their third win of the season as they edged the Waratahs 24-21 in Sydney on Saturday, with Rieko Ioane getting on the board just six minutes in. The speedster looked set for a second try shortly afterwards but was hauled in by an incredible tackle from Cameron Clark.

As the Waratahs built pressure at the other end, a quick intercept and offload from Augustine Pulu gave superstar All Black Ioane the chance to streak away downfield and put the visitors ahead 14-0.

Waratahs winger Clark, son of commentator Greg Clark, wouldn’t allow that to happen though as he chased admirably and somehow pulled off one of the best try-saving tackles this year.

The sprint and extended dive tripped up Ioane just meters short, and although he got up and crossed the try line, it was done illegally, as the tackle had been completed in the eyes of referee Jaco Peyper, who awarded the penalty to the Waratahs.

As Peyper explained, Ioane’s legs had touched the ground while Clark was holding him, therefore meaning that he would have had to release the ball before getting up and continuing to play.

“Tackle’s complete, you have to release the ball,” he said to Ioane, before explaining to unhappy scrumhalf Pulu: “Remember, as he holds on to him, they’re going to ground. Then he has to release it at some point.”

It was a near thing, but as replays showed, the correct call and sharp refereeing to match the sensational effort from Australian Sevens flyer Clark.

Despite the win, the Blues are still at the bottom of the New Zealand conference, while the Waratahs still top the Australian conference. The Lions still top of the South African conference.