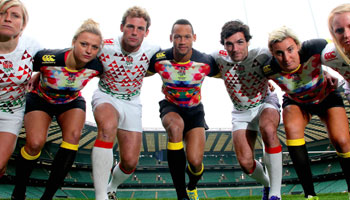 The new England Sevens home and alternate shirts were launched today by Canterbury, to mixed responses from fans. Thhe shirt will be worn for the first time at the Marriot London Sevens, which takes place at Twickenham in May.

As explained in the press release, both shirts have been created with the English rose at the heart of the design, using a pixelated image of the iconic emblem to represent the DNA of the rose.

Using the established all-white style, the red and green colour of the rose is emblazoned on the front of the shirt in triangular design. The alternate shirt offers fans a livelier look to match the entertaining atmosphere at the sevens. Positioned in triangular shapes, the colours of the rose blend together to demonstrate the fluidity and speed involved in the game. 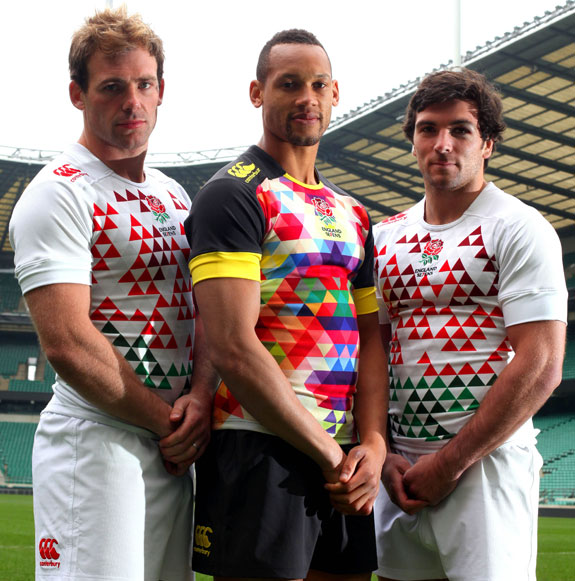 To mark the unveiling of the new shirts, and to recognise the very different design styles, Canterbury has launched its ‘Home or Away’ campaign, which asks fans to pledge their allegiance to the home or alternate shirt by voting on www.canterbury.com/England or tweeting their preference with #HomeorAway to @canterburyNZ. 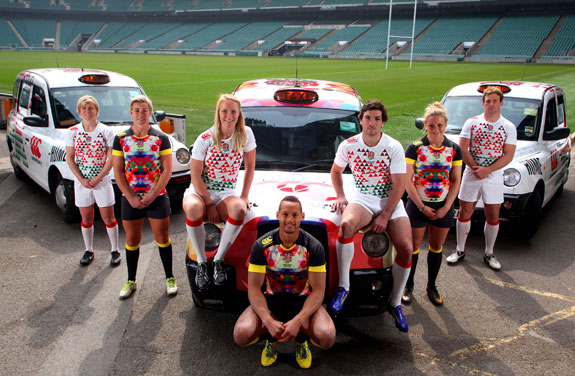 Canterbury will also be unleashing seven ‘Home or Away’ taxis, which will be wrapped in the design of the shirts on the capital. Rugby fans are challenged to spot the taxis, take a photo and send to Canterbury via Twitter or Instagram tagged with #HomeorAway or email to homeoraway@canterbury.com. All photos received will automatically win a prize, from money off vouchers to a new England Sevens shirt to tickets to the Marriott London Sevens. 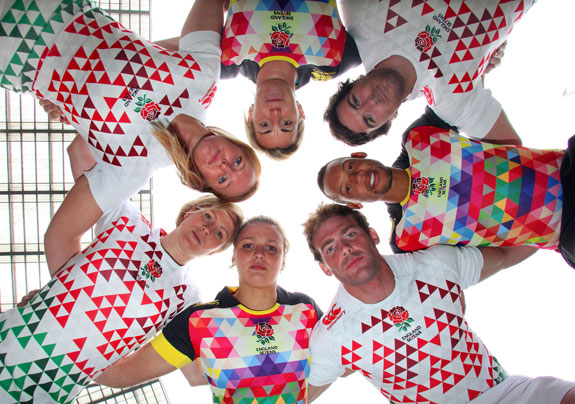 The Glasgow Sevens will take place on 5th and 6th May but the shirt will not be seen on the pitch until the Marriot London Sevens on 11th and 12th May.

The home and alternate shirts will be available in the ever-popular ‘Pro’ replica jerseys and the team version, available for pre-order on 11th April and go on general sale on the 25th April, retailing at £55 each on www.canterbury.com and www.rfudirect.com.

To celebrate the launch of the shirts Canterbury has also released new Lego videos depicting a race through London between Team Home and Team Away to make it to Twickenham for the England Sevens photo call. Below is the ‘Home’ video, made by RD friend and regular, Graham Love.