Cardiff Schools U15 throw ridiculous offloads for a great try 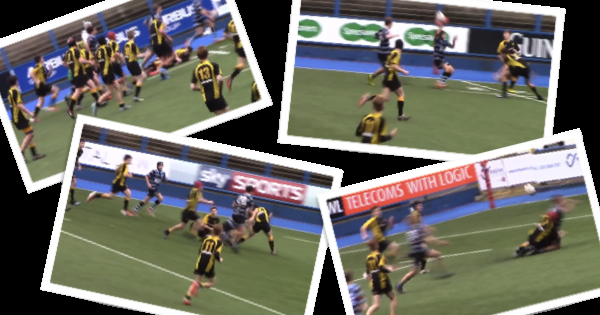 A lot has been spoken in recent times about Wales’ style of play, with coach Warren Gatland looking for the team to start playing a more open, running brand of rugby. There were glimpses of it during the 3-0 defeat to New Zealand, particularly from the likes of Liam Williams. However, if they’re looking for inspiration, they need look no further than this Cardiff Schools U15 try.

The try was scored in a game against Cynon Valley Schools in the Dewar Plate competition last season, but the video has only come to light in the past week.

Te Aute and Wanganui showed earlier in the week the flair on show in schools rugby, but the Cardiff boys have shown that they can mix it with the best of them, even if the national side came up second best.

The move starts on the halfway line, before we are treated to an offload, a dink over the top, a flick inside, another offload, and finally the pièce de résistance with a blind, back-of-the-hand offload from Cavell Sinclair to George Riley.

Sinclair’s offload is worth the admission fee alone (which, as it’s a school game, was hopefully zero).

Credits: CSRUTV | If the above video doesnt work for you, you can watch on page two