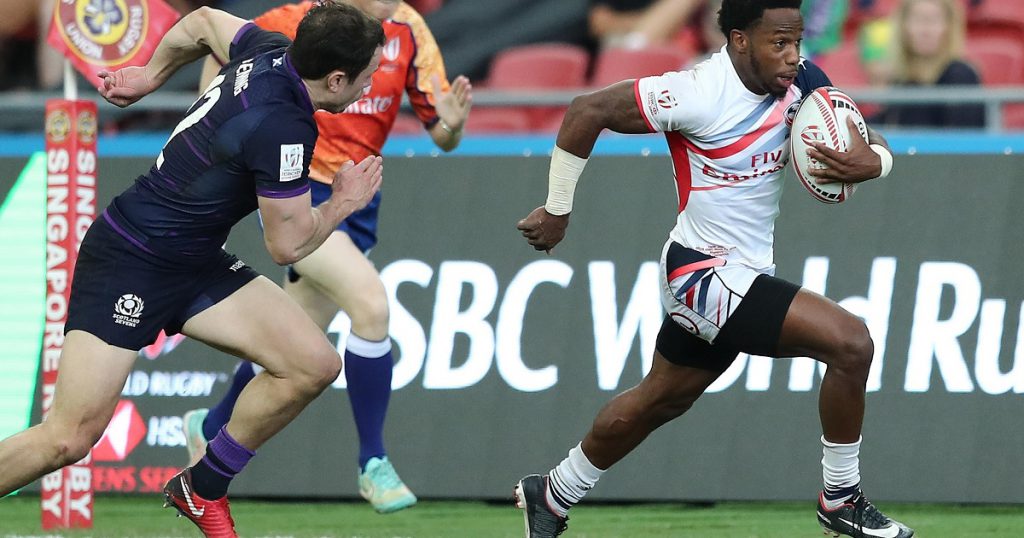 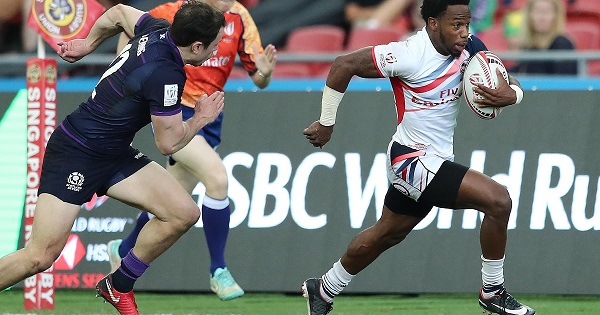 USA speedster Carlin Isles produced another superb performance in the final round of the World Sevens Series in Paris, ending the year as the top try scorer. Two of his best tries on the weekend made Fijian and New Zealand defenders look helpless.

Isles was his brilliant attacking best in the French capital and scored six tries over the course of the weekend as his side finished the tournament in sixth place.

Isles ended the year with a total of 49 tries, five more than Wales’ Luke Morgan.

The USA have enjoyed one of their most successful seasons so far, despite finishing one place lower than they did last year (6th place).

They took a sensational series victory on home soil in Las Vegas with a comfortable 28-0 win against Argentina, backing their maiden triumph in London three years ago.

Isles was a prominent figure in that success and continued to blitz opponents all the way to Paris last weekend.

While there are always questions about his defence, a work in progress, there is no doubt that his finishing ability is second to none, with one short of 50 tries in a season no mean feat.

The winger clocked up an approximate 34kph en route to touching down against hosts France as well, further proving his status as the “fastest player in the world”.

We hope to see much more of Isles soon, in front of a passionate USA crowd at the Rugby World Cup Sevens in San Francisco, from 20-22 July.