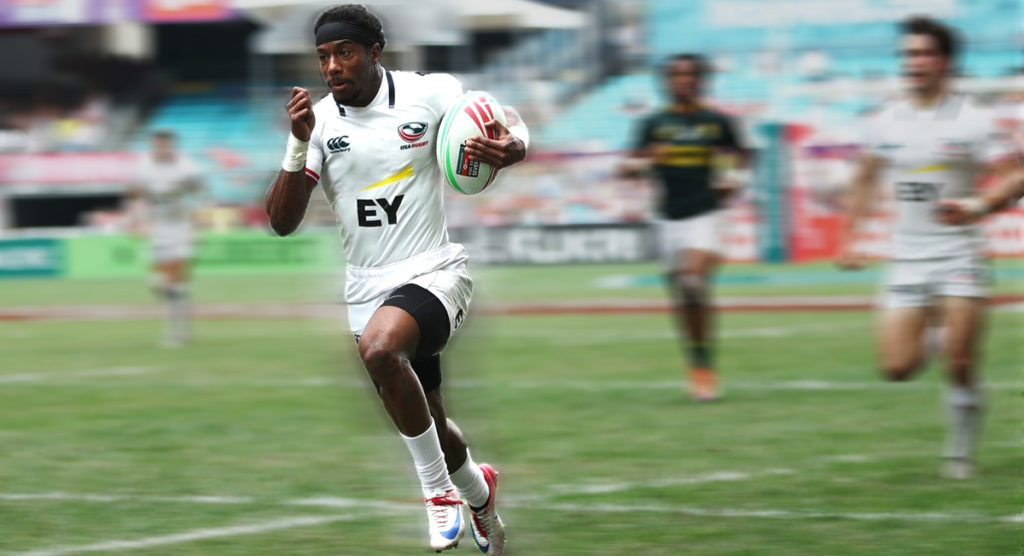 The USA finished third at the Hong Kong Sevens at the weekend to stay on course to secure the overall World Rugby Sevens Series. Fiji won the series leg, taking their fifth Hong Kong Sevens title in succession.

Mike Friday’s team still lead the series rankings, although tournament winners Fiji are closing the gap on them. With three stages remaining, it may go down to the wire, although the USA will be boosted by the return of Perry Baker for the final two rounds in London and Paris.

However, Baker’s longtime try-scoring partner for the USA Carlin Isles certainly made up for his absence in Hong Kong, topping the try-scoring charts over the weekend with nine.

His brace against reigning series champions South Africa proved vital in their quarter-final win, with this try, in particular, showcasing what a talent he is:

Isles’ displays acceleration and rapid agility in this try that is unmatched by many on the Sevens circuit, if any, as he is able to stop and start to leave the defender for dead.

The American is in sensational form heading to Singapore, and it is form like that which could deliver the World Series to the States.

Here is the other try he scored in this match, when he burned one of the Blitzbok’s quicker players.

Say what you will about his lack of an all round game, we must give credit where its due – he knows his way to the try line.

🔥Another view of that epic @carlinisles try at the #HK7s