Carlos Spencer rolls back the years with naughty offload 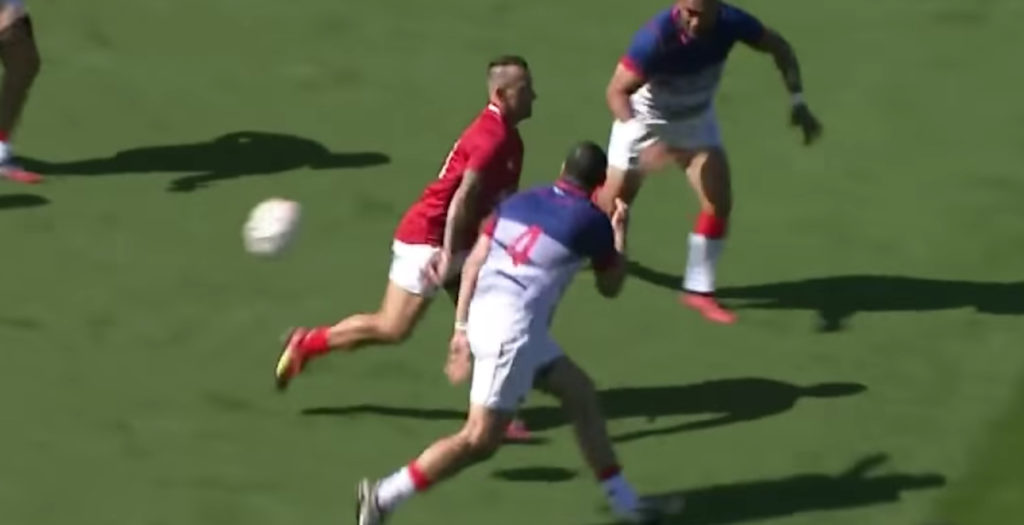 All Blacks legend Carlos Spencer starred in a wonderful try for the New Zealand Barbarian Legends against Pacific Island Legends on Friday.

The former Blues fly half took a quick penalty on his own 22-metre line and brought back his dazzling footwork to beat the first defender before throwing a blind offload.

The 43-year-old looked sharp compared to his teammates, who just about managed to get the ball over the line from 60 metres out.

Aside from Spencer there were other star names on the field including Rico Gear, Corey Flynn, Lesley Vainikolo and Radike Samo.

The 60-minute game finished in dramatic style with the Pacific Legends scoring a try in the last play to give them a chance of levelling the scores with a conversion.