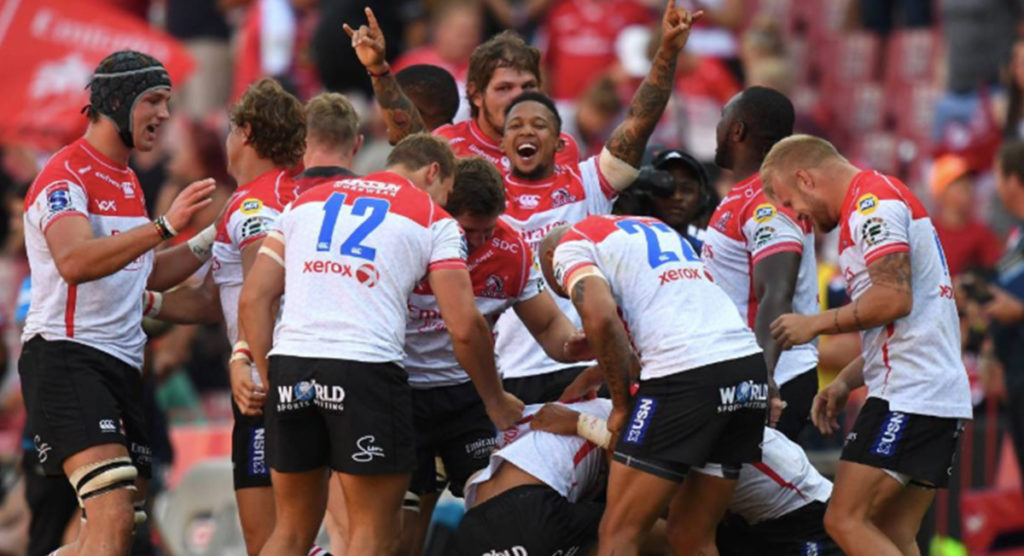 The Rebels’ dream start came to a screeching halt as one half of careless rugby put an end to the Quade Cooper honeymoon period. The Lions mounted an epic Ellis Park comeback to score an emphatic 36-33 victory after being down 28 points early in the second half.

The visitors lit up the scoreboard in the first half, with Cooper making up most of the points himself. However, fortunes changed in the second half after a yellow card to Rebels centre Billy Meakes.

From that point, Cooper and Elton Jantjies swapped places as the latter nailed conversion after conversion.

One moment that highlighted the momentum swing was Lionel Mapoe’s try in the 56th minute. At least with this play, Cooper didn’t do himself any favours.

The hosts were down 19-33 when fullback Tyrone Green appeared to have overcooked a grubber up the right side that was on its way out the back of the in-goal area. Perhaps thinking he had things under control, Cooper didn’t pursue the kick and chase at full tilt, thus allowing Mopoe the precious few inches he needed to sneak around for the try.

The Lions then tied it up minutes later with a Jantjies convertion of a Courtnall Skosan try after a great break by 7s star Kwagga Smith, before Gianni Lombard’s 81st minute penalty completed the victory.

Despite the loss, the Rebels still sit atop the Australian table, while the Lions have jumped into second on the South African table.