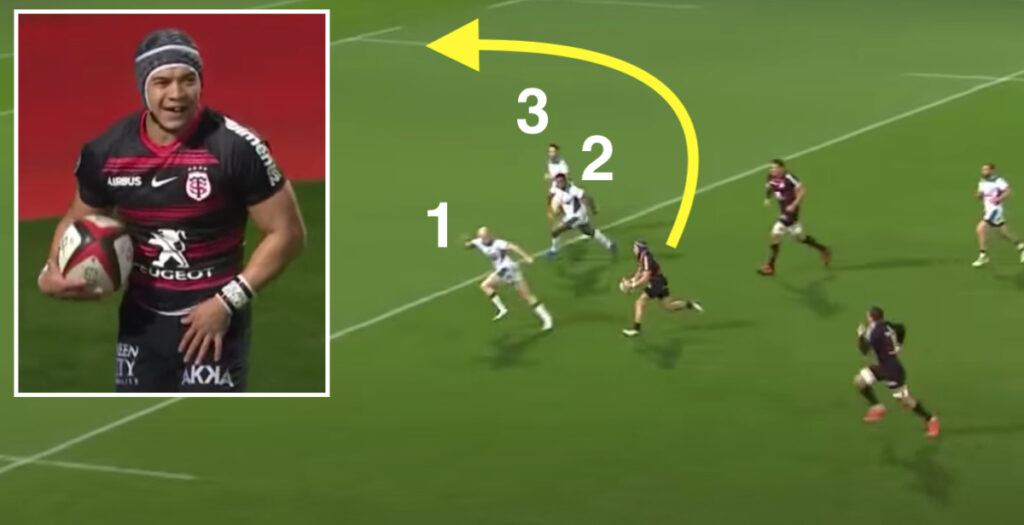 Springboks star Cheslin Kolbe beat three defenders with one sidestep during a Top 14 clash against Pau on Friday night.

The Toulouse full back produced a lovely step off his left foot which foxed a trio of Pau defenders leaving a simple run in for Kolbe in just the ninth minute of the game.

This try helped Toulouse to a 31-9 win leaving them top of the table after 16 rounds.

Kolbe, 28, has played 14 times for South Africa and is regarded as one of the game’s most dangerous finishers due to his electric footwork.