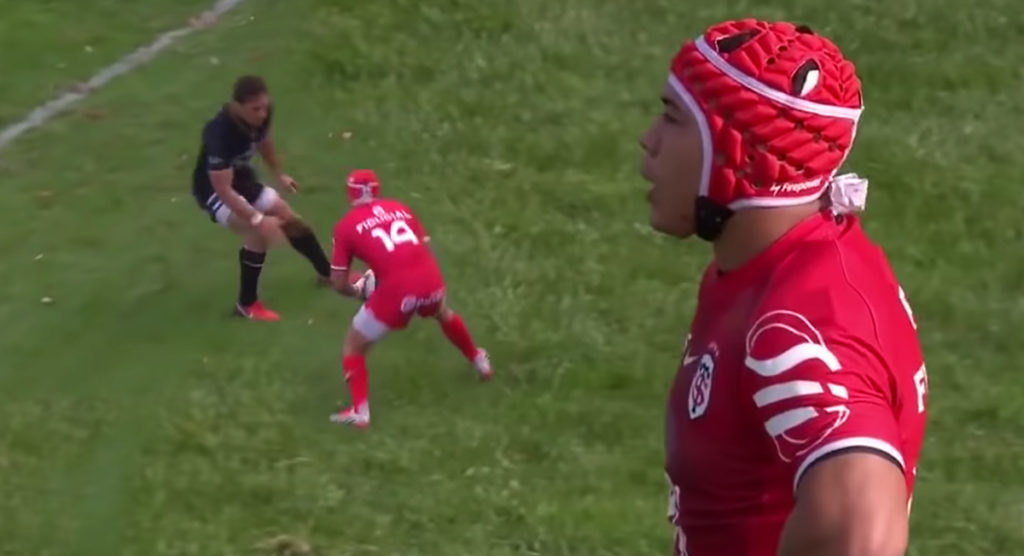 Winger Cheslin Kolbe continued his spectacular form off the back of the Rugby Championship with a stand out performance in Toulouse’s Champions Cup win over Bath 22-20.

Toulouse escaped with a 22-20 win after Freddie Burns made a colossal blunder by spilling the ball after being chased down from behind by Maxime Medard in the in-goal area. Burns had just broken through the defence for what should’ve been a try and probable victory. Instead, a pre-mature celebration became a costly brain fade that more than likely cost Bath the match.

Although the match will be remembered for the Burns mistake, Kolbe did his part for the win with several outstanding displays of his stepping ability, most notably before the try assist to Sofiane Guitone.

Kolbe was a pleasant surprise to many with his form during the Rugby Championship. He had a crucial intercept try against New Zealand in Wellington, helping secure a historic Springbok victory. He then followed that up with another try in Pretoria.

Speaking about his smaller stature and mental approach a few weeks ago, he said: “I get that a lot, as I always say, I’m not the biggest guy on the field, but playing against opposition who are bigger than me is something that just excites me.

“I enjoy showing others that you don’t have to only have size, you have to just have the right belief, mindset, and attitude to perform just as well as the bigger guy.”