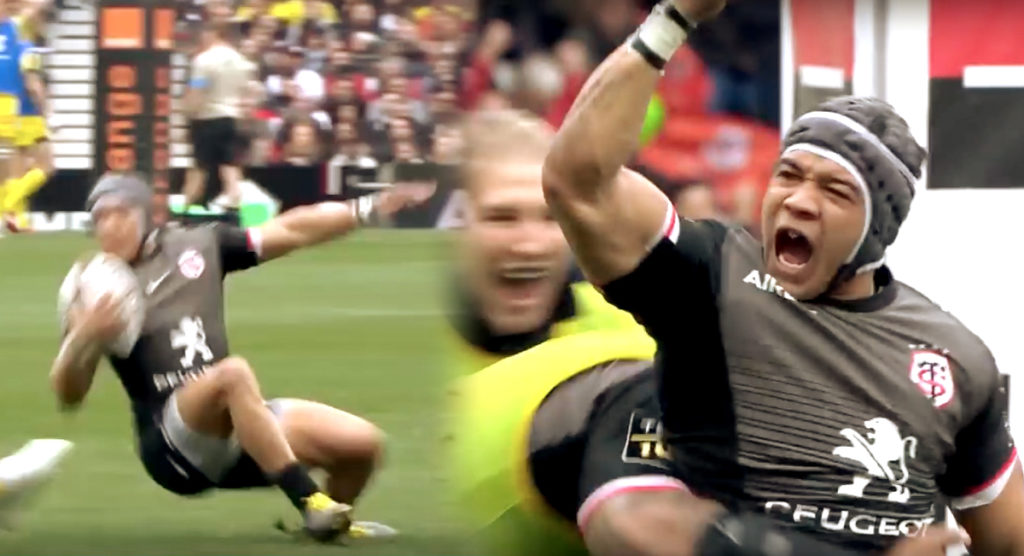 Fans at the Stade Ernest-Wallon were treated to a 91 point extravaganza, as Toulouse edged Clermont 47-44 to extend their lead at the top of the table.

Clermont’s Damian Penaud ran in for a hattrick, while Toulouse’s Sofiane Guitoune also scored a brace, but Cheslin Kolbe’s score early in the second half is surely the pick of the bunch. The 25-year-old winger scythed through Clermont’s defensive line in stunning fashion after slipping to the floor.

Kolbe is one of the form players in the northern hemisphere currently, and it is no surprise that the Springbok is on the shortlist for European Player of the Year.

This try embodies everything that makes him such a unique player, as he displayed his acceleration after starting from the floor, and his deceptive power for a man of his size.

Standing just under 5ft8 and weighing under 75kg’s, Kolbe is proof that there still is a place for players of his size in the modern game, as very few, if any, in world rugby could have done what he did to score this try.