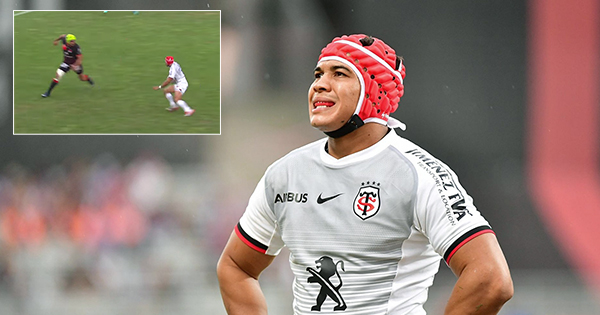 Toulouse flyer Cheslin Kolbe has somehow snuck under the radar of Springbok selectors. Much like his old mate and near clone, Gio Aplon, his size seems to play a role in that. This past weekend he showed yet again what he is capable of though, as he tore the Lyon defence to shreds.

Yoann Huget was the eventual recipient of his great play, as the 24-year-old sliced through Lyon to set up the only try of the match for Toulouse.

Lyon’s new import Charlie Ngatai kicked the ball down field, but with few players chasing in support, little maestro Kolbe had plenty of space to work his magic,

He actually beat Ngatai with a brilliant swerve and step too.

The game ended in a 16-16 draw, so this try helped Toulouse to not suffer an opening round loss.

Springbok fans have called for his inclusion at Test level, but as of now, he is still uncapped.

First hit out there in the ????? for 2018/19 season. Looking forward to the rest of the season with my brothers. ???????????? @StadeToulousain@FirepowerSport @adidasZA pic.twitter.com/uqgMWwOCL9