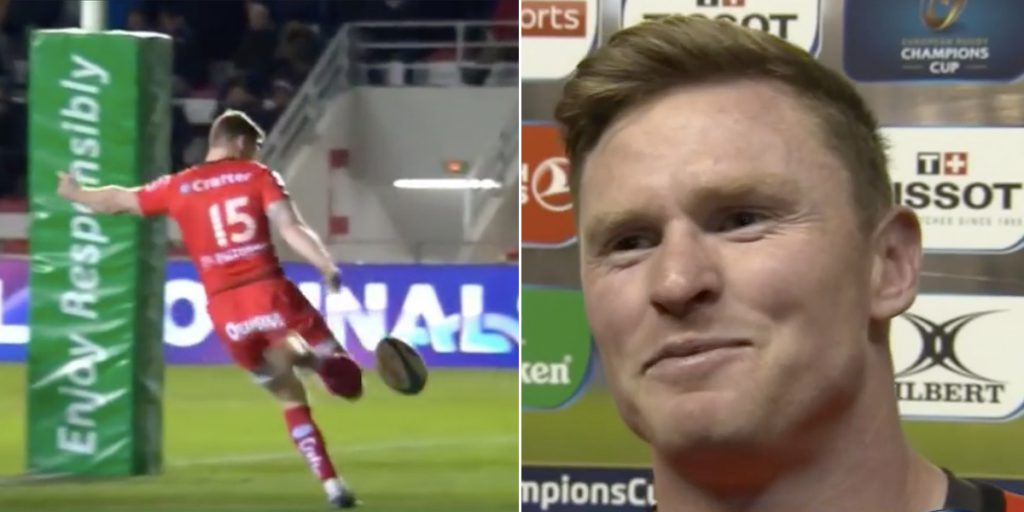 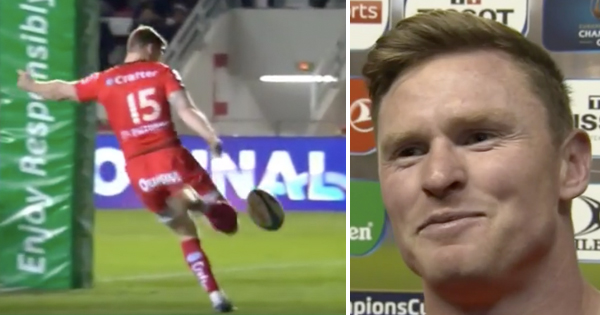 Toulon snuck past Bath in round three of the European Champions Cup with a 24-20 win despite a horror blooper from Chris Ashton twenty minutes from time. He could only laugh about it post match, saying that he simply tried to kick it too hard.

The former England winger was playing at fullback and while kicking is usually an important requirement for that position, he got this one completely wrong, no thanks to the loose quick lineout throw from Josua Tuisova.

The ball went waywards so Ashton was hurried into the kick, slicing it spectacularly then faceplanting as he attempted to chase in vain, while Jonathan Joseph rubbed it in by running under the posts to score the try.

Ashton laughed about it, saying that we should forget about it as quick as possible.

In fairness to @ChrisAshton1, he was able to laugh at himself after his ‘clearance kick’ cost Toulon a try in the @ChampionsCup! https://t.co/QajX4uXE77

“Sometimes you just have to laugh, I think. That is one of those times,” he told Sky Sports post match. “I did call for it from him, and I just wanted to put too much on it.”

Luckily for Ashton, young flyhalf replacement Anthony Belleau kept his composure late in the game to score a very well taken try from a neat kick ahead.

Catch up on full match highlights below