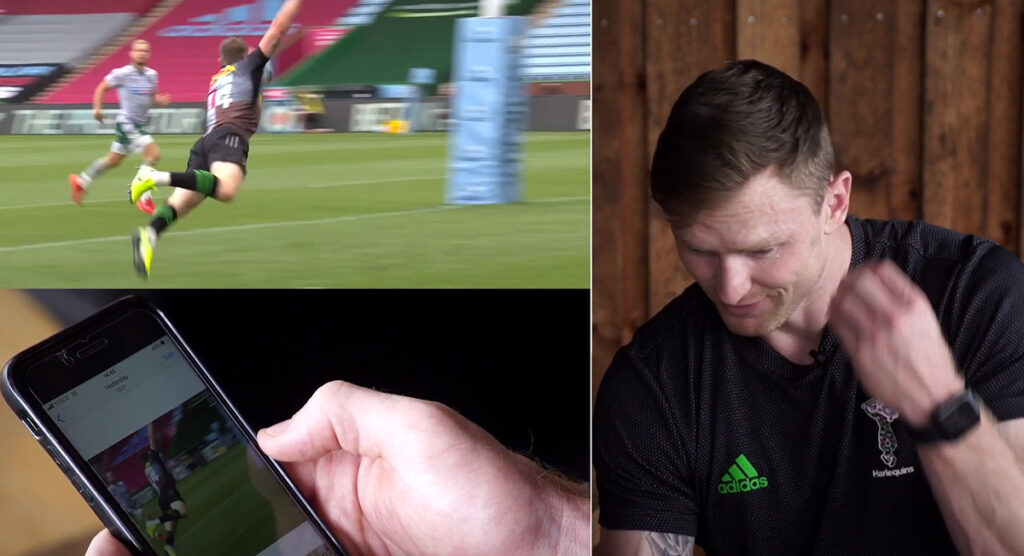 Chris Ashton took another step closer to being the leading try-scorer of all time in the Premiership, as he scored against his former club as part of a 30-17 Harlequins win over Northampton Saints.

Ashton helped his new side get a bonus point win, and now has 88 career tries in the Premiership, just four behind record holder Tom Varndell.

Harlequins turned defence into attack with some classy play from Mike Brown, as described by Ashton:

“It was all Mike Brown I reckon. We have a play to do a kicking exit plan, but Mike Brown being the player he is felt a bit of pressure, stepped, handed someone off and then found the gas and then offloads, so that was all Browny,” he said.

The try was Ashton’s second since moving to Quins, and he will no doubt look to add to his overall tally when they host Bath next weekend in front of about 3,500 fans at The Stoop. Harlequins are participating in the government’s latest pilot scheme for fans at sporting events.

You can watch the try in full in the match highlights video below.