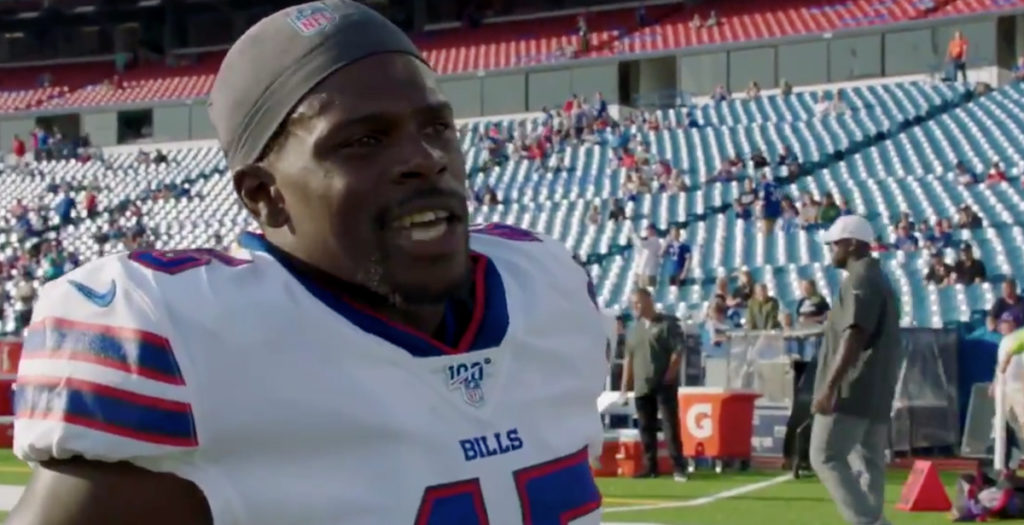 We’ve released 31 players from the roster.

The 28-year-old quite rugby union in October 2018 and signed with the Buffalo Bills in April this year.

Whatever you see on GAMEDAY is a product of the WORK we put in, Day in and Day out! Trust the PROCESS! It’s a Real Grind 🏈🏈🙌🏿 #MyFirstCatchThough 🤗 pic.twitter.com/mCXdoOJuUd

Wade made a couple of good plays in pre-season games and scored a touchdown with his first ever touch of a football, yet still failed to make the 53-man roster for the 2019 season.

“Look at the Bills sideline, they are going crazy for their friend from England!” #GoBills | #INDvsBUF pic.twitter.com/divtxNcJp4

Wade is still guaranteed a spot in the Buffalo Bills 10-man practice squad for another year, allowing him to train for the 2020 roster while he can still be drafted in by another team this year.