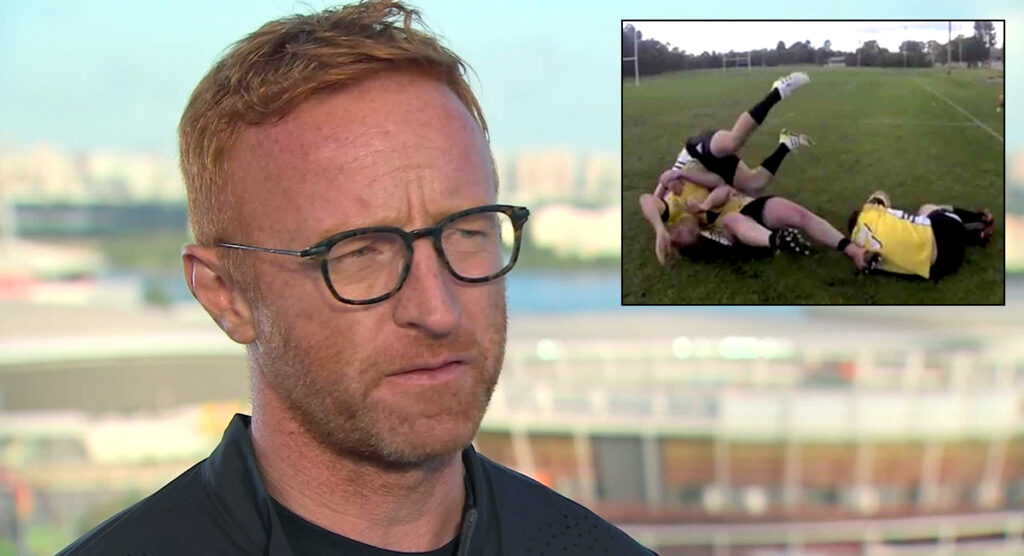 World Rugby have taken a step towards making the ruck area safer by implementing a “strict reinforcement of existing law”. A specialist breakdown group was brought in to address this complex area of the game, and this step has been taken before any changes are made to the laws.

There will be stricter officiating of laws 14 and 15 from July 2020, with particular focus on these areas:

“Tackler (Law 14): 14.5 – must a) Immediately release the ball and the ball-carrier after both players go to ground and b) Immediately move away from the tackled player and from the ball or get up.

Ball Carrier (Law 14): 14.2 – Being brought to ground means that the ball-carrier is lying, sitting or has at least one knee on the ground or on another player who is on the ground. 14.5 – Tacklers must: d) Allow the tackled player to release or play the ball.

First arriving player (Law 15): 15.11 – Once a ruck has formed, no player may handle the ball unless they were able to get their hands on the ball before the ruck formed and stay on their feet. 15.12 – Players must endeavour to remain on their feet throughout the ruck.

Other arriving players (Law 15): 5 – An arriving player must be on their feet and join from behind their offside line. 6 – A player may join alongside but not in front of the hindmost player. 10 – Possession may be won either by rucking or by pushing the opposing team off the ball.”

However, this is not enough for many who have campaigned for changes to the laws surrounding the breakdown. It will of course limit injuries from players recklessly going off their feet at the ruck, or entering it illegally, but ultimately, these were already the laws and should have been implemented.

It is a slightly strange step to take by World Rugby to simply announce that nothing has changed, but players have been playing fast and loose with the laws in recent years and have been allowed to so. This is effectively a clean slate where officiating can be reset going forward.

Olympic gold winning sevens coach Ben Ryan has been one of the strongest advocates for law changes, and therefore wants more clarity from this.

Well @talkMacca the key thing for me is, does this mean that players cannot judo/crocodile roll etc as they won’t be ‘endeavouring’ to stay on their feet? @russellearnshaw was on the panel so he should be able to give us some clarification on that? https://t.co/XzkhjBt4uQ

The ‘crocodile roll’ is a part of the game the sevens guru wants to see addressed, as this is a form of rucking that can cause catastrophic knee and ankle injuries.

While a more draconian implementation of the laws may limit the roll, as it often forces players to go off their feet, World Rugby have made nothing explicit and nothing new has been outlawed.

It is for that reason why Ryan, and many others, are calling for more clarity. However, this may well be the first step in a process of changes. If problems are still occurring even with referees adopting a stricter approach, it may be time for a sterner look at the law book.